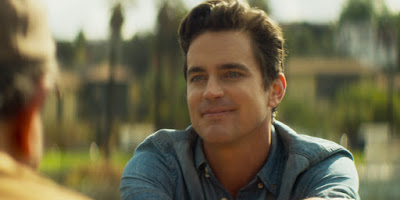 This film is about a weatherman named Sean who has a breakdown while on air. He’s told to take a few days off to take care of himself.

We soon find out that he and his boyfriend are no longer together, and he’s lonely and having a hard time dealing with it. He drives past a group of men looking for work, and asks one to come help him paint his deck. The man is named Ernesto and he speaks very little English. In short, he soon winds up essentially giving this man money to be his friend.

I don’t want to say too much about this film, because I really loved it and highly recommend it. I loved the interactions between the two men. Director John Butler said that he had wanted to make a film about loneliness and used humor  and as a result this film has a mix of everything: it’s heartwarming, funny, and sad.

It’s one that I think many people will be able to relate to.