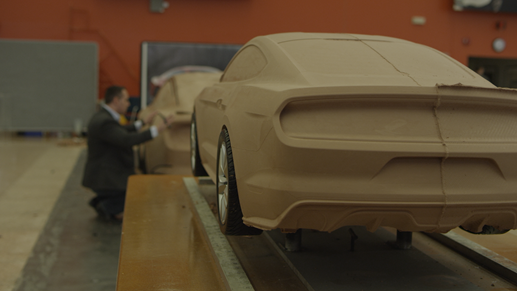 Dull 90 minute commercial for the Ford Mustang focusing on the most recent redesign of the car.

Lots of talking heads, lots of stock footage come together to be probably the dullest film I've ever seen in six years at the Tribeca Film Festival. Its a low key kiss assy film that wouldn't get a slot on the Velocity Channel.

Yea its full of facts and details but it so blandly put together that if you're like me you'll be fighting to stay awake. In all honesty had I seen this in a theater I would have walked out and had I stayed late tonight to see this at the festival I would have been pissed off.

What a waste of time.

I might have been okay with the dullness but its simply a commercial for the car with tons of promotional footage through out and many sequences shot to frame the Mustang and it's logo as if it were a sales pitch.

Unless you are a big time Mustang fan skip this film.
Posted by Steve Kopian at April 18, 2015

Email ThisBlogThis!Share to TwitterShare to FacebookShare to Pinterest
Labels: american, documentary, not worth the effort, tribeca 2015