Science Fiction at Art of the Real: BLACK OUT WHITE IN and ANDRIODS DREAM 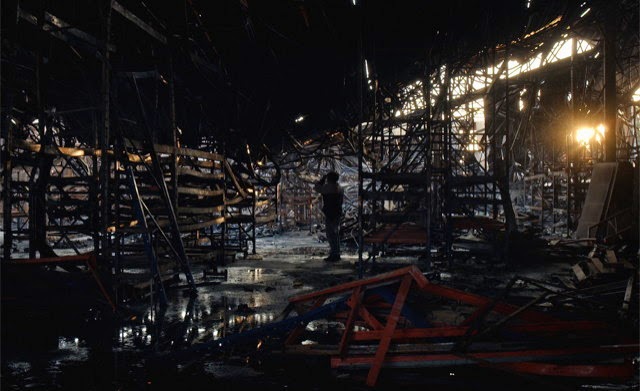 BLACK OUT WHITE IN
Black Out White In has a time traveler going back in time to gather evidence against the Brazilian government. The Government has been actively attempting to prevent poor dark skinned people from moving into the capital by the government. The traveler is tasked with recording the testimony of two men who were severely injured in police attacks in 1986. A film with a fantastic sense of place and time is an interesting exploration of racism. The power of the film comes from the simple refashioning of real life into a fictional framework. As intriguing as the idea is and as compelling as the real stories are the film’s presentation is a bit too rambling. I completely understand that the film is trying to be more than a narrative and be a document of the situation, but it makes for a rambling and occasionally disjointed film. My interest waxed and waned through the film’s 95 minutes. It’s never bad, but I just got to a point where I wanted to raise my hand and say I had enough. 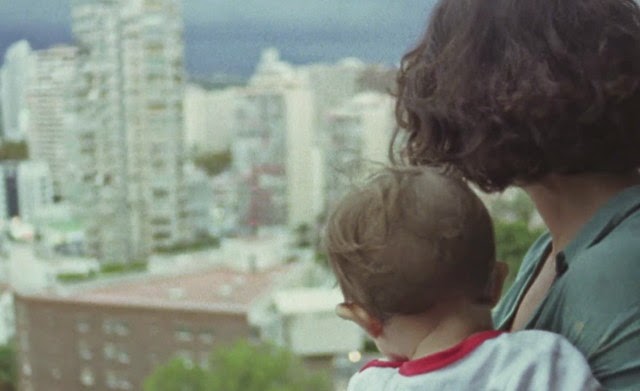 ANDROIDS DREAM
Destined to become an answer to a Trivial Pursuit question concerning the Philip K Dick book that is the source of Bladerunner (How many times has it been turned into a feature film?) ANDROIDS DREAM is as different from the earlier film as you can imagine. Set in a future that looks as though it could be anytime in the last forty or fifty years the film splits its time between someone killing random people with other people living in a brightly lit, frequently sunny, city. Decidedly not Ridley Scott’s exciting world, this is a mundane one that isn’t that far removed from our own, and if we weren’t told it was forty years hence it would be our own. I’m not sure what I think of the film. While I like the intellectual conceits of the film, and I admire what the notes on the film tell me it’s supposed to be doing, I found the execution was dull. Its buildings and life and an occasional shooting. Had the film been longer than its 61 minutes I would have shut it off 40 minutes in. I hung in there to the end but its little more than a distraction...and the answer to a trivia question

Email ThisBlogThis!Share to TwitterShare to FacebookShare to Pinterest
Labels: art of the real 2015, documentary