Love and Chemistry: The Divergent Emulsions of BEFORE SUNRISE and VIAJE - Tribeca 2015 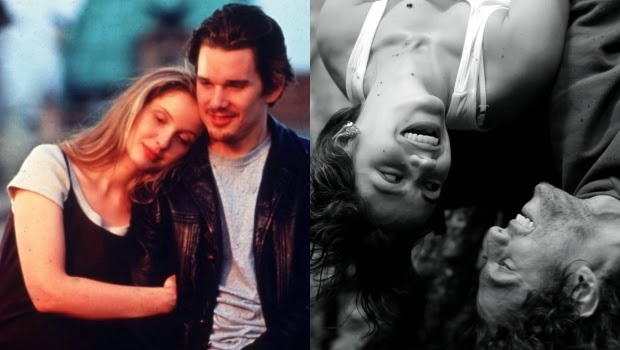 On the surface, Paz Fabrega's Viaje seems like it could play in a double-feature with Richard Linklater's Before Sunrise. Both involve chance encounters that wind up meaning more, and both are about various aspects of young love. People meet, they connect, and then there's a question of what happens next time they meet, if at all.

And yet, Viaje and Before Sunrise are such different movies, and Viaje falls well short of Before Sunrise. (To be fair, plenty of movies fall well short of Before Sunrise.) The reason has everything to do with chemistry, specifically emulsion (i.e., the blend of separate substances, often liquids, in this case two strangers—just go with it). Whereas Before Sunrise uses strong characterization and conversation as an effective emulsifier (a substance that stabilizes an emulsion), Viaje uses mere proximity as an emulsifier, which makes its central relationship flimsy and not particularly viable for whatever personal revelations the two leads come to at the end. 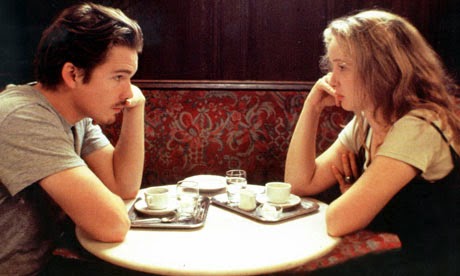 In Before Sunrise, Jesse (Ethan Hawke) and Celine (Julie Delpy) are so well defined, and their flirtation on the train when they first meet has everything to do with how we project ourselves to the people we're attracted to. Jesse has to convince Celine that spending time with someone she just met is a risk worth taking, and Celine is smart enough to be wary, and they're both guarding their mutual excitement. Since Hawke and Delpy had a hand in writing their own characters (a key to the effectiveness of the later Before films), there's something so organic about they way they mesh. Nathan Rabin had a great summation of their banter when he wrote up the film on The Dissolve recently: "From the beginning, their talk has the rarified air of flirting, of people trying to impress one another by being the most fascinating, most verbose, most charismatic version of themselves they can possibly be."

The banter that Jesse and Celine exchange and their ramble through Vienna play to Linklater's strengths as a peripatetic writer/director: wander, talk, observe, react, repeat with variation, allude to previous observations, and let time do the rest of the work. Eventually a philosophical dialogue about relationships emerges, concluding in a kind of syllogism about young love and brief encounters. This deepens in the subsequent Before outings as time becomes an even more essential component in this evolving dialogue between Jesse and Celine—in Before Sunset, it's a question of picking up a thread lost years ago when time has intervened, in Before Midnight, it's a question of the ravages of time—and even finds expression in Linklater's similarly peripatetic Boyhood.

The first encounter between Luciana (Kattia Gonzalez) and Pedro (Fernando Bolaños) in Viaje isn't as charming. They're at a party thrown by mutual friends, they're two strangers, and while Luciana is in a stairway coming out of the bathroom, Pedro goes up and kisses her. This is just a couple seconds after introducing himself, and there's no sense of them flirting or interacting before this moment. (Throughout the film, Pedro seems pretty rapey rather than rakish.) Rather than slugging him in the face, Luciana walks away only return to the stairway and proceed to barge in on Pedro in the bathroom and make out with him. 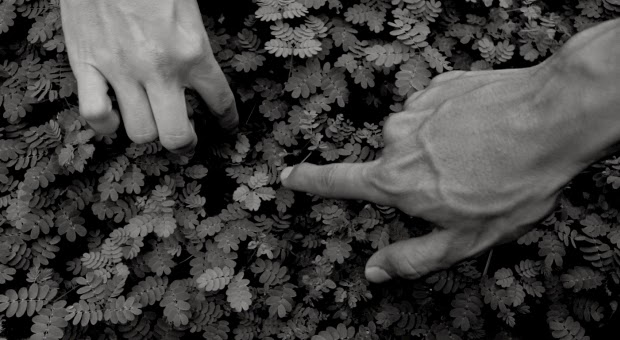 Viaje isn't about Luciana and Pedro just hooking up, though. In just a few scenes, they have a touchy-feely familiarity with one another like they've been dating for a little bit rather than strangers who've just met. The sole interaction that grounds their rapport is a funny scene in a cab leaving the party in which they discuss subversions of traditional relationships. For a moment, the film seems aware of what it's doing, but then it drops this metacommentary about real-life encounters and movie encounters for a contrivance: Luciana agrees to go camping with Pedro in the Costa Rican rain forest the next morning having only met him a few hours before. The remainder of the film sets Luciana and Pedro in the splendor of nature, trying to suggest that their connection—based solely on proximity rather than chemistry—is as organic as the leaves and branches and water and earth that surrounds them.

It doesn't help matters that Luciana and Pedro's personalities are blank. They're attractive, young, and a little lost, but that's about it. Your twenties are a kind of work-in-progress when defining yourself, but characters in their twenties shouldn't feel like they're aesthetic works-in-progress. When Luciana reveals more about herself later in the film and what's going on in her life, it makes the excursion to the wilderness feel more contrived, and it makes the sudden attraction to Pedro, with a tenderness bordering on love, feel inorganic. In Jane Austen's Persuasion, two side characters fall for one another thanks to a combination of proximity and time, but here in Viaje, there's no sense of time propelling the sense of connection.

What's fascinating about this Before Sunrise/Viaje split is that the events in Before Sunrise occur in far less time than the events in Viaje, and yet Before Sunrise feels more organic. That's thanks to the writing, which allows all banter of all chance encounters to be presented in a kind of purified form. Before Sunrise has the contrivances of a lesser romance but winds up feeling like a real meeting between real people, whereas Viaje starts with the appearance of the real and winds up feeling fake. As Luciana and Pedro are in the woods together acting like a couple, hanging from tree branches, touching leaves that shrink at contact, all I could think was that nature doesn't work that way.
Posted by Hubert at April 28, 2015