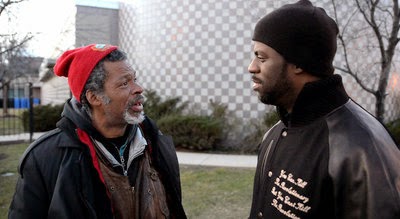 Portrait of Grammy and Academy award winning musician of Che Rhymefest Smith as he buys his father's old house then decides to track his long disappeared father down. What happens when he reconnects is the film.

This is a wonderful film. As I've indicated I was moved to tears by it. One of the things that I loved about the film is that it doesn't unfold as expected. What should be the rousing finale is the start of the film and it goes from there.  By not taking the path you'd expect you'll wonder where it all is going. Not to worry there is a point to it all and by the time of the final fade out you'll want to call your dad- or your mom.