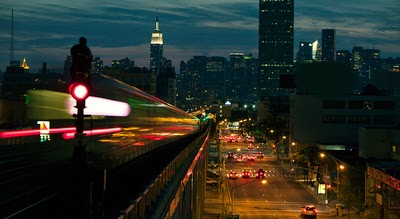 Suicide doesn't end the pain it just passes it on

Fantastic short film that is playing part of the NY-DAILY GRIND collection.

The film is an examination of the death bu subway that occurs with a frighteningly regularity in New York. Focusing on the tale of a motorman who had the unfortunate luck to have someone commit suicide on his first day on the job. It left him shaken and suffering from PTSD.

The truths the film reveals (for example death isn't usually instantaneous, it takes an agonizing average 17 minutes) and the images of several deaths will leave you rattled. It left me deeply disturbed. The idea that the pain of the person committing suicide not going away but being passed on to someone else is terribly sad.

This is a must see film. Its one of the best of Tribeca.
Posted by Steve Kopian at April 23, 2015