Tribeca 2015 Capsules: BACKTRACK HUNGRY HEARTS and DOWN IN THE VALLEY 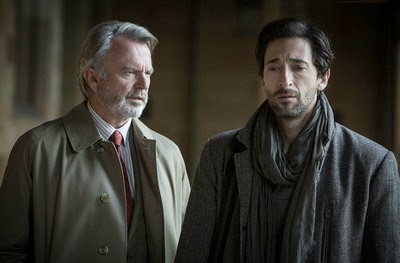 BACKTRACK
Supernatural thriller has Adrian Brody dealing with the fallout from the death of his daughter and then having to relive the events thirty years earlier when he goes home to see his dad. I'm leaving a huge amount out for very good reason- I don't want you to know too much before you see it. This is a very scary film that gets better as it goes on and better the more you think and talk about it. If you can get through the bumps of the first half hour the film will grab you by the throat and drag you to the end. When the film was done six or seven ouf us stood around talking about it for about 20 minutes. Yea its that good.
(A longer review will be coming after I see it again) 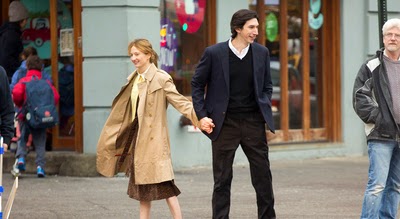 HUNGRY HEARTS
Adam Brody and Alba Rohrwacher meet cute and quickly become a couple. Once she becomes pregnant she begins to deteriorate mentally and become obsessed with the health of their son, refusing to feed it anything other than the homeopathic concoctions she comes up with. As the bady's heath suffers Brody is forced to take action.

A very funny first scene gives way to darkness as things grow bleak and frequently horrific in a very real sense. This is a gut punch movie that reveals how the madness of one person can infect others and how some times mothers don'y know best. If the film were slightly shorter and a bit more even toned this would have been on my best of fest list- as it is it's a punch in the gut must see. 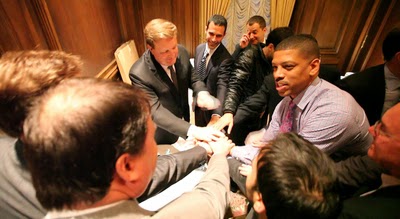 DOWN IN THE VALLEY
Very good look at Kevin Johnson and his efforts to keep the Sacramento Kings basketball team in his city. A moving documentary about the importance of sports and sport teams in our lives and how  the fans really can make a difference. While I would call it a middle of the road ESPN documentary it's still better than most other documentaries and only suffers when compared to other ESPN films. A must see.