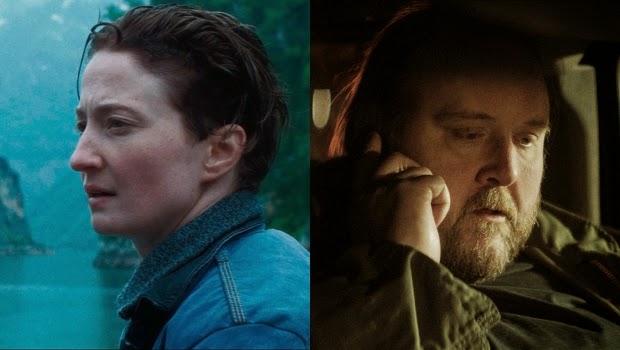 Sex changes everything, or at least it opens up the possibilities for change. Seeing two films with the word "virgin" in the title meant an immediate possibility for contrast. While Sworn Virgin (Vergine giurata) and Virgin Mountain (Fúsi) each approach the idea of sex as a rite of passage, they also share a common idea that sex leads people into bigger more more fulfilling worlds.

In Laura Bispuri's moving Sworn Virgin, we get to explore the eponymous concept and its deleterious effects on a woman's sense of self and sense of worth. Sworn virgins are Albanian women who make a pact with their community to live as men. They're made to dress as men, and vow to remain virgins for the rest of their lives simply to participate in the patriarchal society they live in.

By becoming a sworn virgin, a woman (now considered a man) is able to own property, to carry a gun, to have some sense of a future beyond being a wife or a servant. It's not a matter of gender dysphoria, but instead a means to limit possibilities and keep the world small and women powerless; the only way for women to have some sense of agency is to surrender their sex and gender.

Mark (Alba Rohrwacher) made the vow many years ago, but she leaves the confines of her old world for Milan. There in the city, with the help of a friend, she begins to unfetter herself. The only limitations are the old traditions imposed on her in Northern Albania. There, the sheer denial of womanhood was a way to live, but in Milan denial is stultifying. Mark has the possibility of becoming herself and defining her own destiny--she finally gets to create her own future. The process is slow, and Bispuri allows the emotional journey toward agency to unfold while Rohrwacher communicates Mark's reticence. The present is intercut with glimpses of the suffocating past, until there is only present, only modernity. Sex, if it happens, isn't just a rite of passage, but an act of glorious liberation. 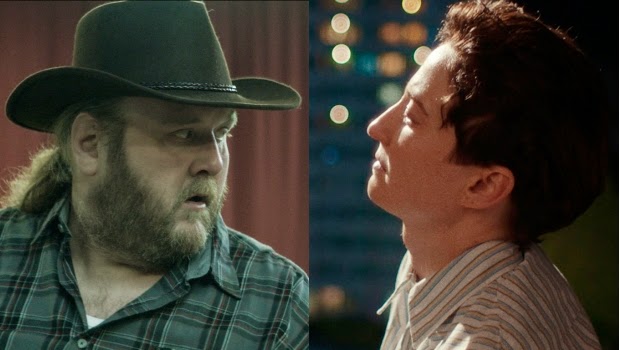 Virgin Mountain offers another version of small world confinement. Rather than a tradition that keeps the local patriarchy strong, we're dealing with issues of self-esteem. Fusi (Gunnar Jónsson) is a massive middle-aged airport employee who lives with his mom. He leads a sheltered existence. Also his mom gets laid more than he does.

Rather than get out in the world, Fusi prefers to deal with the world of scale models and historical recreations. He's a gigantic manchild, but he prefers this state of arrested development to the complications of adulthood. (When he's bullied by co-workers, it feels like it's still high school.) The model world presents a series of manageable situations, ones defined by guidebooks and that he can control. Historical battle recreations do not involve rejection or human interaction. There's a comfort in this sort of confinement, and it's also no way to live. The model world is a way of retreating from the real world.

Writer/director Dagur Kári presents the airport in a series of overhead shots, as if it were another kind of model that Fusi would play with. When his mother and her current boyfriend get him line dancing lessons, they introduce so many variables into the model world life Fusi leads, notably a potential love interest (Ilmur Kristjánsdóttir), maybe the first shot he's had at letting his world expand.

There's an overly sweet sense to Virgin Mountain at a certain point, and some of Fusi's behaviors strain believability. In fact, he gets down right stalker-y in an uncomfortable way. Still, it's satisfying to watch both Fusi and Mark fight to become themselves. It's as if the bigger world was waiting for them to show up.
Posted by Hubert at April 21, 2015