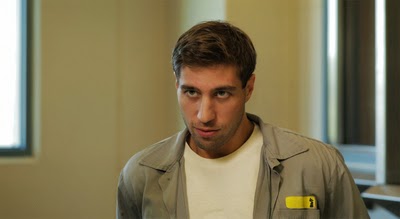 Ryan Ferguson was convicted several years after the fact of murder when his friend Chuck Erickson confessed to the killing of a sports reporter and implicated him. Never mind that the physical evidence pointed away from the pair, the police convinced Erickson, who was prone to blackouts, that he had done it, filling in details for his faulty memory. Sent away for 30 years Ryan's father fought a never ending battle to get his son free.

What is largely a good over view of the case takes a while to get going since the film opens with a mix of crime scene photos and video of Ryan's arrest and trial. You would think that would be okay, but it's not since nothing is given a context. We are simply thrown into the pool and it's a good 20 minutes or so before we feel comfortable.

Playing like a slightly over long episode of something you'd find on the Discovery Channel the film lays out it's case neatly and cleanly. Things are so neat and clean you wonder why the hell Ryan's attorney didn't piece chunks of this together sooner. Its a shocking case because even before the witnesses began to say they had been bullied and told what to say the evidence of innocence was there (none of the finger prints found at the crime scene were either Ryan's or Erickson's)

Its a solid little film that will no doubt end up on endless rotation on cable.
Posted by Steve Kopian at April 22, 2015