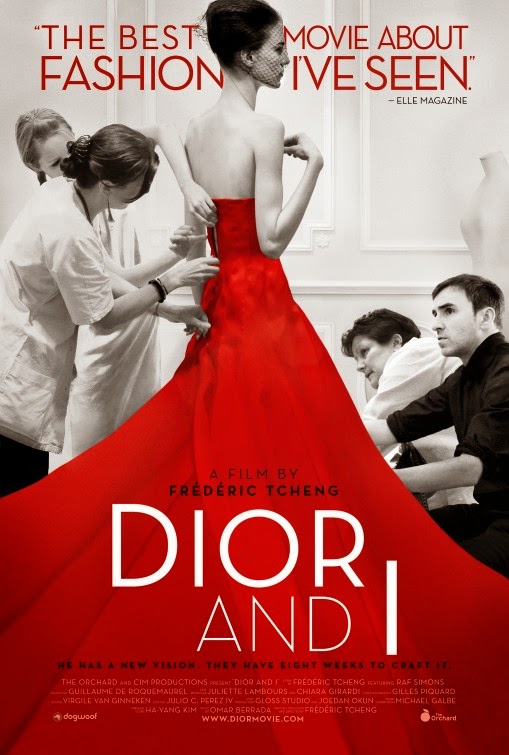 In a strange way, Frédéric Tcheng's documentary, Dior and I, about the iconic fashion house, reminded me most of your classic sports movie. You know the type -- a young, untested coach struggles, faces successes and setbacks, until he and his team emerge triumphant at the end.


Following the creation of designer Raf Simons' first couture collection for Dior in a scant eight-week period, the documentary has drama already built in. Will a collection from a designer mostly known for menswear be a hit? Will he be able to make his deadline? These elements are a lot of fun and clearly drive the movie's storyline.

As far as lead figures go, Simons himself is a bit too reserved to end up being the focus. While we glimpse insights into his creative process as he studies previous designs, gathers material, makes suggestions, he remains a bit odd and unknowable throughout. Even when he visits Christian Dior's house, he reveals little about himself, other than he stopped reading Dior's book because he related too much to it.

Instead, the true stars of Dior and I are all the women (and a few men) who interpret Simons' designs and sketches into fully-realized garments. And this is also where the sports metaphor comes in -- if Simons is the coach, this is his team. These people love their work, even though the hours are often thankless and the tasks are often overwhelming. It's delightful to see them roll their eyes and spend hours picking out beading as well as find inventive ways to to do the impossible. Simons may have designed these dresses, but these are the people who make them real.

It's hard not to feel a bit apprehensive once the runway show approaches. Will something go wrong in Simons' flower-soaked vision? Will the star-studded audience appreciate his collection? It's not the same drama as the final of a basketball game, no, but Tcheng gives it the weight it deserves. The giddy reactions of the workshop crew as they watch the dresses they create go down the runway feels like a victory. Simons' collection doesn't need to be a hit as long as they're happy.

The one misstep the movie makes is trying to conflate Simons' journey with that of Christian Dior's. The early voiceovers reading from Dior's own words over archival footage work, but the motif seems to be dropped pretty quickly. I liked the historical context and I would like a separate documentary about Dior, but other than that, I don't feel like those elements really added too much to the documentary as a whole. It felt like Tcheng started making one movie and ended up with another.

Dior and I is a beautiful, high-fashion confection. It's not deep but it's delightful. Getting to see the joy that the Dior crew brings to their work is wonderful and it's worth watching for that alone. Any additional insights into fashion are just bonuses.
Posted by Eden at April 12, 2015