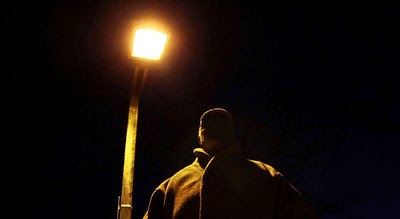 Examination of the government use of informants in cases of terror. The film follows Saeed Tores aka Shariff as he goes under cover to capture Khalifah Al-Akii who may or may not be a terrorist in waiting

An infuriating story unwinds as Shariff decides to let the directors follow him around, without telling the FBI, as he begins to try and track his prey. Shariff is a an ex Black Panther who turned government informant so he could stay out of prison. Having helped put a whole number of bad guys away things turned back when he was forced to testify in open court on a questionable case. He seems like a guy who knows his stuff, however it soon becomes clear his FBI handlers are nimrods a fact borne out when the story flops and heads off in a completely unexpected direction. I won't say what happens because seeing it happen as told in the film is like getting smacked in the face. Trust me I was sitting in the theater with my head in the hands when the FBI sends someone in to help.

This is a really good film. Moving along at a good clip the film