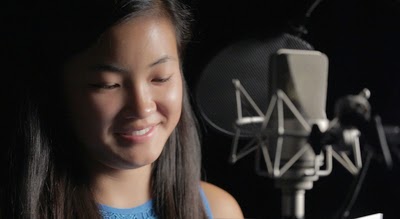 This is an examination of US/Chinese relations through a look at Jon Huntsman, who is appointed as US ambassador,his adopted Chinese-American daughter Gracie who was born in China and the blind Chinese attorney and activist Chen Guangcheng who wants to come to the US.

I have to say that I've seen 2 versions of the film, but I haven't seen the finished one. I know the film has screened a couple of times at the Tribeca Film Festival, but I haven't seen that version. When I inquired about a way to see the film that didn't involve going to the press screenings at the festival (they conflicted with other things I had scheduled). I was told that I could see the film but I would have to be aware that the film was still being finalized. While I know the film is close to the one that has screened at the festival, I can't help but feel that the filmmakers are actively trying to make it all come together. The film felt like it was improving, but not done so I don't want to review it.

For now I'll say little and simply say I'm curious to seeing the film again when the film gets a regular US release.

(If any of you have seen the film at Tribeca either leave a comment or email me- I'll be very curious what you think of the film.)

ADDENDUM:
I was Speaking with Nora Lee Mandel at a screening earlier today and she said that at the premiere screening the director said the film is still not finished. She said that the film is also going to be part of a multi-part exploration of the story that will take different forms (including a TV series) that was still being worked on
Posted by Steve Kopian at April 22, 2015