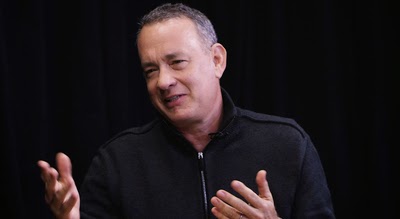 Kevin Pollak's look at what it takes to be a comedian and whether you need to be miserable is full of good thingsand one bad thing.  While it is most certainly funny, the film has way too many people popping in and out (Hold that thought)

Growing out of feature film project that Pollak was trying to do the chance to do this film suddenly sprung up. With four weeks to shoot Pollack gathered his friends and asked them a series of questions, the last of which is whether you need to be miserable to be funny. The answers form the film.

This film has some genuinely funny, I mean tear producing funny bits. Several of them had me pitching forward in my seat and almost on the floor, As a comedy film this is a often laugh out loud funny. Its a 90 minute series of jokes that will put a smile on your face. As a comedy film it's one of the more enjoyable ones of the year and of Tribeca as well.

There is one problem with the film which is that  the film answers  the question of how many people is too many people to be interviewed. If you ever wanted to know what would happen if you cut up the interviews of 60 plus people this film will give you the answer. If you've ever wanted to know how many people are too many to have in a film this film makes the case that 60 is too many. The problem comes from many of the people telling the same stories over and over again. In other places you want some people to keep talking and not have to jump to the next thing.

Now before I get nasty emails from anyone- I have to say that on this past Tuesday I was part of a round table interview with Mr Pollak and he said that he shot 70 hours of material and that it's going to be recut into a multi-part series of ten or more parts. The idea is that this will allow the stories to really be told the way they need to be told and allow things to go into more detail. Based on whats on screen here I think the long form version is going to be a even better.

As it stands now this is a great comedy and an okay documentary.

Currently on VOD , the film played a special screening at Tribeca a day or so ago and is now in select theaters

The series is coming soon

(Also coming soon a report on the round table discussion- as soon as I transcribe it.)
Posted by Steve Kopian at April 24, 2015