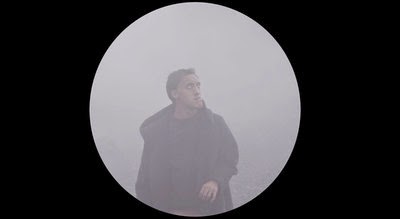 Love it of Hate it film is notable for having been shot in Tondoscope which means the screen is reduced to like looking out a porthole (see above). Occasionally the image becomes a circular image within the circle. Its a gambit that gets old real fast- even if it forces you rethink what you're seeing.

The plot has a ladder appear in the sky down which slips an angel. Wandering a around small village he works miracles and causes mischief.

Basically a weird arty avant garde film with an occasional insight the film has long segments where nothing happens. I found it boring as all hell so much so I fell asleep.

I don't know what to say beyond that..  Some people seemed to like it, Some people walked out.

Personally I'd take a pass but you might like it, I mean you may need sleep.
Posted by Steve Kopian at April 30, 2015