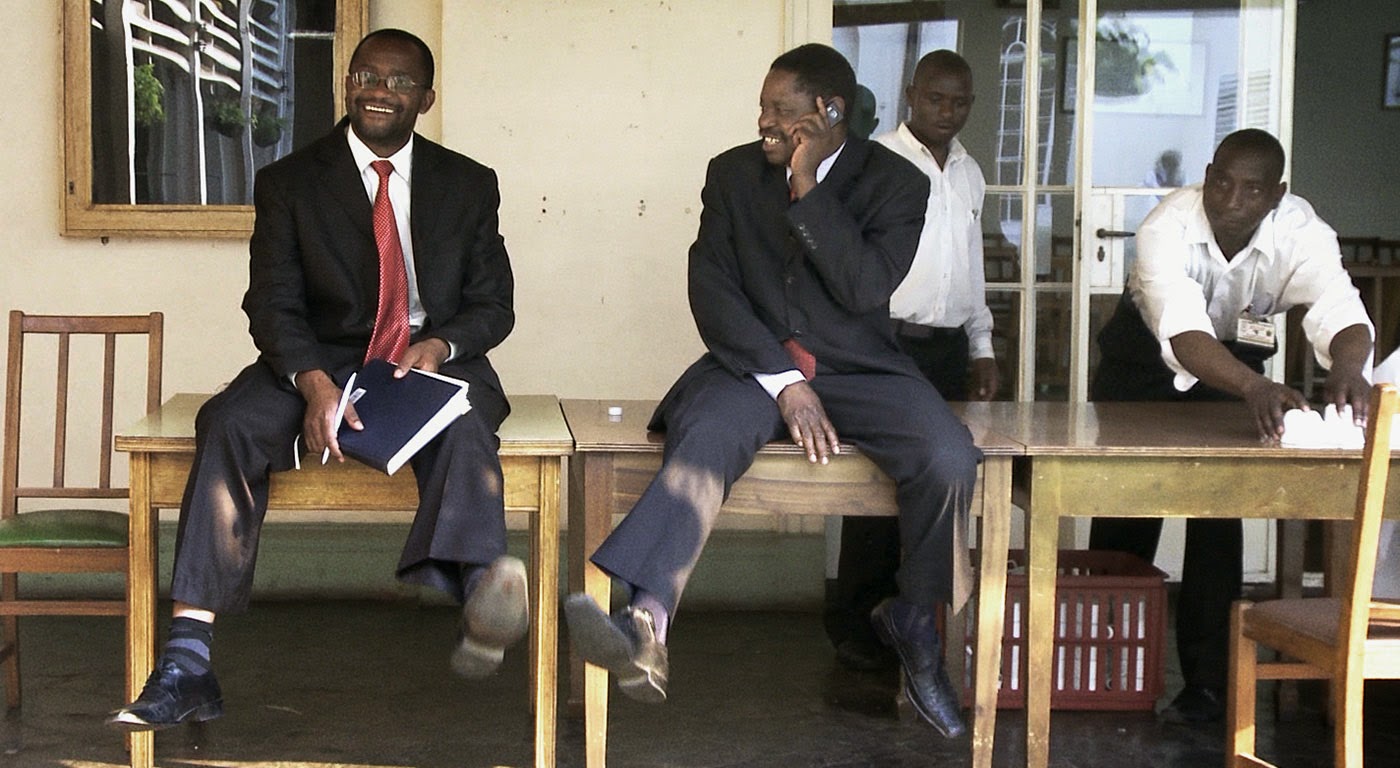 Democrats is a really good look at the writing Zimbabwe’s constitution. After Robert Mugabe, the long term dictator of the coutry looked to be on the verge of losing the election he agreed to share the presidency with another and to allow the writing of new constitution. The committee to do so brought together Paul Mangwana and Douglas Mwonzora one pro government and one the opposition. The pair become a weird odd couple who slowly begin to see things through each other’s eyes.

This is a great story about the political process not only in Zimbabwe but also elsewhere. Here in the US where partisan politics has taken over Washington and frozen the government the film illustrates very clearly the need to reach across the aisle and make your enemy a friend if you want to get anything done.

For me the joy of the film is watching both Paul Mangwana and Douglas Mwonzora change over the course of the film. As time gos on and what was supposed to be weeks stretched into years we see how the process alter the way they are. Changing the most is Mangwana who is an information minister in the government. All cock-sure and full of piss and vinegar he’s ready to take on the world and get his way. Things don’t go his way and his life is put in danger when the unfinished draft is leaked and his masters threaten to cut him loose, a move that would probably end up in his death. Its a chilling moment and you realize that the men really are dealing with matters of life and death.

This is a wonderful film and a Tribeca must see.
Posted by Steve Kopian at April 16, 2015