Opening Night at DOC NYC 2019 - ONCE WERE BROTHERS: ROBBIE ROBERTSON AND THE BAND 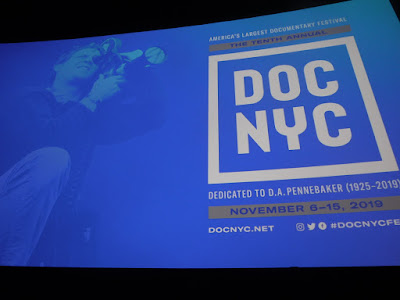 I will have a full review up of Daniel Roher's excellent ONCE WERE BROTHERS: ROBBIE ROBERTSON AND THE BAND but I wanted to get some pictures and video up. 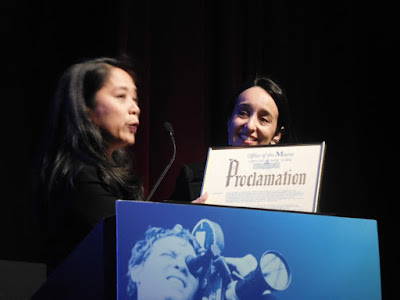 It began with the official NYC proclamation that November 6, 2019 was offically DOC NYC Day in the city. 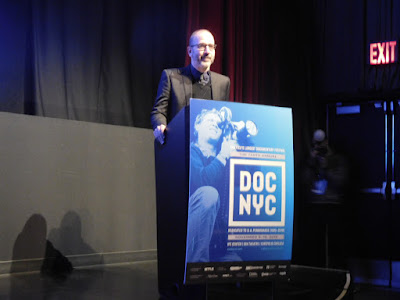 Then Chief Programmer Basil Tsiokos made some remarks about this years festival which has 137 feature films...and then I got lost in the statistics.... 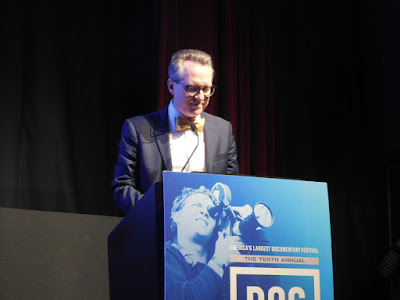 Then Thom Powers explained how he fell in love with ONCE WERE BROTHERS: ROBBIE ROBERTSON AND THE BAND and why he chose to program it as the Opening Night film.

He then introduced Daniel Roher the director of the film and Robbie Robertson who introduced the film.


I will have a full review soon, but I did want to say that the film is a glorious celebration of  Robertson, The Band and the music they made. I will add that the use of music is glorious and moved myself and some of the guys to my left to the point of tears.

After the screening Robertson and Roher spoke with Thom Powers about the making of the film.


As we all left the the theater I ran into Daniel Roher and asked for an autograph. He graciously obliged me before dashing off to the after party. Over all an excellent evening. 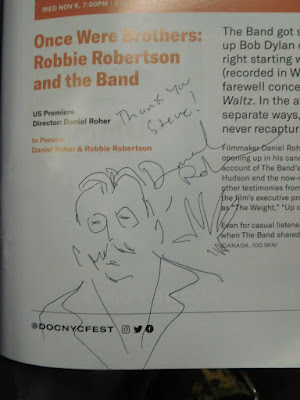 And lastly a big thank you to the one and only Chocko for acting my wingman
Posted by Steve Kopian at November 07, 2019

Email ThisBlogThis!Share to TwitterShare to FacebookShare to Pinterest
Labels: DOCNYC 2019