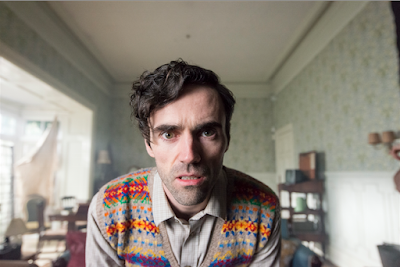 With the Tribeca Film Festival in a kind of limbo I was asked to watch and review some of the shorts that were scheduled to play the festival. A BETTER YOU is one of them.

In a steampunk world a nebishy guy gets tickets to the biggest event in the city and decides to get a better version of himself in order to take and in win the girl of his dreams.

Its all about the acting which in this case is Oscar worthy. Seán T. Ó’Meallaigh shines as our hero. Giving a soulful and heart felt performance it is both heartbreaking and uplifting in all the right ways. Its a performance that perfectly illustrates Michael Caine's notion that the best performances are in the eyes. In this case it's the eyes and whole face.

Ó’Meallaigh is matched in Oscar worthiness by Hannah Mamalis as Olga his lady love. She nails everything perfectly in the early scenes and as a result when the ending comes we will be wiping away the right sort of tears.

This is an absolutely glorious film.

God bless writer director Eamonn Murphy and may he make many more wondrous confections such as this.