Stay At Home Festival: The Soviet Cinema Side Bar. (via Open Culture) 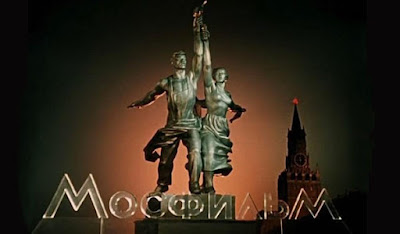 If you want to educate yourself in Soviet era cinema or even just watch a ton of great films Open Culture has noted  that Mosfilm has put Hi Def copies of 7 films on their You Tube Channel.

Open Culture also warns:
NOTE: Though many of the titles on Mosfilm's HD playlist appear only in Russian, most of the films themselves come with English subtitles. Make sure to click the "CC" icon on the lower right of the Youtube player to turn them on.

Thank you to Open Culture  for posting this information and from whom I took all the information.
Posted by Steve Kopian at March 28, 2020