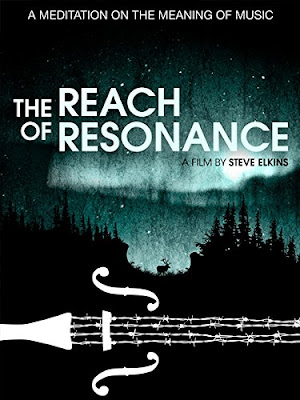 Ten years before director Steve Elkins made the powerful ECHOES OF THE INVISIBLE he made his first feature film THE REACH OF RESONANCE about different sourced music. What do I mean by that, one composer uses electric pulses given off by plants in her compositions, another uses sounds made by fences and man made objects, another finds musical patterns in the way people react in events such as riots,  others create ad-libbed animated films, yet another tutns what we think of as "normal" musical instruments on their head. The idea is to make music that transcends the typical and connect it up to life and the world around us in ways that are magically alive.

I am not going to lie to you and tell you that everything you hear in this film will please your ear. Under normal circumstances it's tough enough to know what people will like, so with a film like this it is going to be nigh impossible to know how you will react. Personally a lot of it is noise to me and while I appreciate what produced it, I really don't like it. 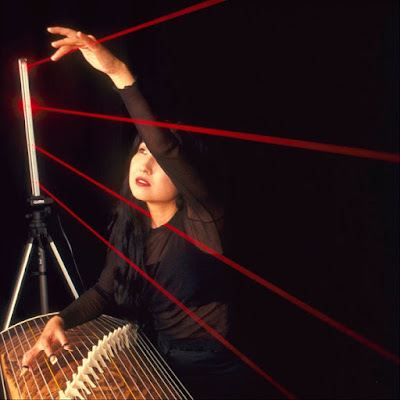 On the other hand, and this is the important part, the ideas that generate the music, the desire to connect to the world and its sounds and rhythms are  the things that made me watch the film several times over a couple of days (and I rarely ever do that). The first time through I was floored.  So much was given to me to think about that I when the film ended I just stared at the screen trying to process it. For me this was like a grand banquet where you want to try every dish and then find half way in it's too much but you can't stop watching it. My second time through was a similar experience, but not quite so bad since I started to connect up bits and pieces. The third time through I stopped and started it fully taking in the bits in each section and letting the bits on transcribing riots or using plants to derail trains to fully sink in.

To be honest I still am pondering this film, and I am still trying to tie it all together. Like Elkins' most recent film REACH brings together  a great deal of things into a intriguing look at the world and how we can see it, which in this case is as a kind of giant musical instrument. But while saying that is a kind of right it is also kind of wrong. Elkins is not really looking at things quite the simply, he is looking for a greater truth, at the interconnectedness of the world, and at how the resonances generated by every day objects influence the rest of the world while producing unexpected patterns. On most levels I think he found it, though I know I'm still struggling to fully piece it together and find the words to express what it means to me.  That last sentence is not any indication of a flaw in the film, but a flaw in myself, in that I am trying to still see the forest and the trees since I am trying to to focus on the pieces while seeing the whole. I think I need to put the film down and look at something else for a while.

THE REACH OF RESONANCE is a heady film.  Like the music that it highlights, it is not going to be everyone's cup of tea. I am not going to suggest that you will love every moment of it, but I do think that you will love bits of it. What is more important to liking or not liking the film is that I think that the film will get you to think differently, to see the world with different glasses.

Steve Elkins in a genius and his films are highly recommended.

THE REACH OF RESONANCE is currently available on VOD (Amazon has it). A DVD/Bluray release is coming shortly. 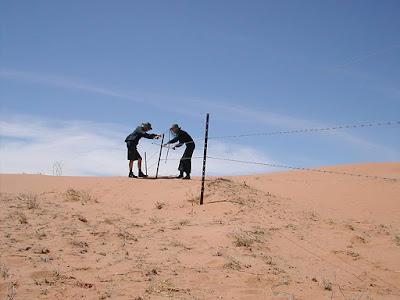