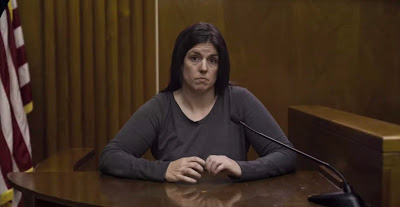 Four part mini-series about the havoc wrought to the Massachusetts drug labs in 2012 and 2013 by two chemists, one in Amherst and one in Boston who were responsible for the dismissal of tens of thousands of cases.

The series is largely focused on the case of Sonja Farak,  who was a chemist in the Amherst crime lab. Farak was a full on addict who  switched from using the test samples to using evidence when she realized that someone was going to notice her using the labs supply of control drugs. Her problem lasted for the eight years she worked at the lab. She only got caught after Annie Dookhan was caught in Boston falsifying thousands of tests and in a panic they checked the other lab.  What happened after that was a grand cover-up that left tens of thousands of defendants in legal limbo and was only resolved after seven years of hard fought legal battles.

While the film is concerned with both Farak and Dookhan, the film primarily focus on Farak  simply because she was forth coming in what she did in testimony to the Grand Jury.  As a result we get recreations of her testimony and of what she did.  It's a hell of a story and no detail seems to have been left out. While Dookhan effected what happened to Farak, she has refused to speak with anyone, but there is enough in the public record to know what she did.  Linking everything up is the testimony of the reporters who covered the case and most importantly the defense attorneys who fought for justice for their clients.

Your head will spin. Mine did. Even with my day job in the legal world, I was kind of shocked at how far things had gone in Massachusetts. Clearly there was no supervision either in the labs or in the State Prosecutor's office.

I like this series a great deal. While some of the first hour or so could be better focused, by the time I was at the half way point I was locked in and desperate to know where this was going.

You will forgive me if I don't go into detail but there is simply too much to discuss (This is a solid four hours of material). This is the sort of  film where if I start talking I will keep going despite knowing there is stuff I'm leaving out.

A bingeable series HOW TO FIX A DRUG SCANDAL  hits Netflix April 1 and is highly recommended.
Posted by Steve Kopian at March 28, 2020