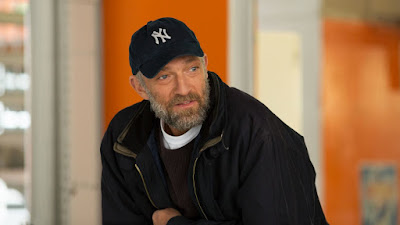 THE SPECIALS moved me to tears repeatedly. This is the deeply affecting story of two friends Bruno (Vincent Cassel) and Malik (Reda Kateb) who run a shelter/care facility for young people and adults with behavioral issues and problems such as autism. It also serves as a place where under privileged young adults can be mentored and work toward getting a position in the health care industry. It is based on two men who do a similar thing in real life.

The film follows the trials and tribulations of the two men, the people who work with them as well as several of their "patients"over a week or so. While we watch the day to day grind of everyone, we are also made aware that the French government is doing an audit of the facility. They are working in the grey areas between the clearly defined lines and it has made some people terrified of what might happen. We see the ups and the downs. We watch the struggles of everyone involved and we come to realize that they may not always be successful the first time out but they are going to keep trying.

I absolutely love this film. As I said at the top this film moved me to tears. This is great time with great people. It marvelously hows us that maybe the path well traveled is not the way to go.

There is so much that I love with this film I don't know where to start.

Probably right at the top with the work of Vincent Cassel and Reda Kateb who give career defining performances. These are two guys who just want to help people. It doesn't matter who they are, they just want to do the right thing. The performances are so full of life and love that if they were real I would consider jumping on a plane and volunteering to help them do whatever they need to do.

I love that the ensemble around them hits it out of the park. I love that every damn person on screen is a unique person. I don't think that anyone anywhere in this film that doesn't stand out as uniquely their own person, be they doctor or patient or cop or bystander, everyone is someone you notice. It goes extra miles toward proving the film's premise that these people on screen really are people who just haven't found the right way to be cared for.

I love that the highs and lows of the film all feel natural. Nothing seems out of place or contrived. Even the late in the film crisis doesn't feel like it was done just to have a big ending.  Partly because it isn't the ending, but mostly because it is ultimately just a fuller playing out of events that we had seen through out the film.

A small thing that made me smile was the use of the government auditors. I love that they are never made the focus of the story. Yes they are there but they are never the reason for what we are seeing. They are simply used both as just one thing in a long line of things that Bruno and Malik have to deal with, and also what they discover acts as punctuation to the points the film is making.

Yes, the flow of things aren't perfect, yea, we could get a little bit more on a couple of characters' lives, but frankly I wouldn't change a frame of this film for anything- to me and my heart of hearts this fil is perfectly fine as it is and I will cherish it.

One of the top films at Rendez-Vous With French Cinema THE SPECIALS is an absolute must see. 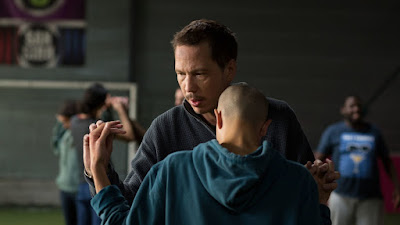