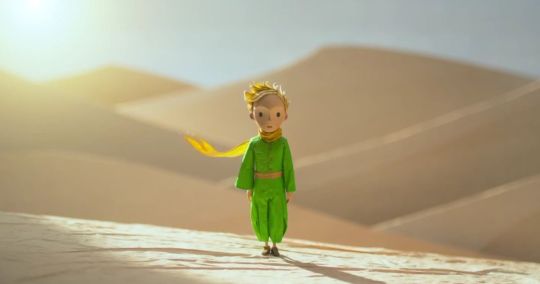 I have action figures of the Little Prince and the Aviator sitting on my desk at work. I say this by way of explaining how hopelessly in love with this film I am. (I also have Totoro, Jim Henson and a Dalek so ponder that one). The little Prince is where I live spiritually and it was actually written not that far from my actual home in a town I go to to recharge my batteries (go figure).

This is a magnificent film about wondrous things and you should see it.

This is my review from when the film finally escaped cinematic limbo (the story is below) after Netflix saved it and got it out to the world.

This review is a long time in coming. When Randi and I saw the film back in March at the New York International Children’s Film Festival we fell in love with the film. We loved it so much that Randi decided that she would step from behind the reference desk and do a review. We also approached director Mark Osborne about doing an interview… and then Paramount decided to pull the plug and set the film adrift. Randi’s review floundered and the interview got pushed into limbo since no one knew if the film would ever see the light of day in the US.

Then Netflix stepped in and they were so hot on the film that not only were they going to release the film on line they were planning on going for the Oscar. All was right for the world. 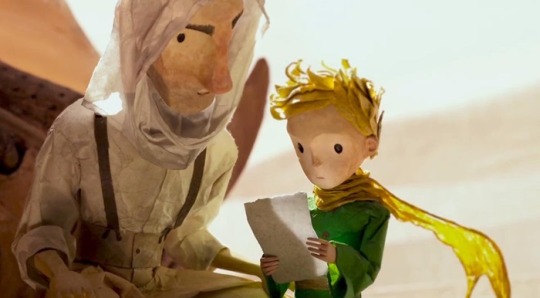 The French produced film is based on the classic story by Antoine de Saint-Exupéry. However because the story is relatively short (Will Vinton’s 25 minute version is pretty much the whole story) Osborne and his crew crafted a surrounding story about a little girl and her mom who move into the house next to the narrator of the original story, the Aviator, now a seemingly crazy old guy. Mom pressures her daughter to strive to get into a good school – planning every moment of her life to that end (and to the point there is no room for play or friends). Of course the Aviator intervenes and we learn of his encounter with the Little Prince.

A glorious call not to lose our inner child, and remember what really is important THE LITTLE PRINCE is one of the best films of 2016 and one of the finest animated films you’ll ever see. It reduced most adults at NYICFF to sobbing messes, myself included, as the original tale worked its magic and Osborne's additions drove home the points and entertained and carried us along. It’s a cinematic wonder. 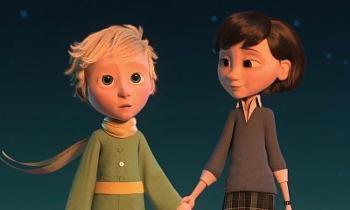 What is magical here is that Osborne combines the CGI animation and stop motion seamlessly. The modern day stuff is all gorgeous CGI while the tale of the Prince was all done stop motion using paper models. Dozens, if not hundreds, of models were needed because they were so delicate they tore. The result is pure movie magic of the highest order. I don’t need CGI dinosaurs, give me the paper Prince and Aviator and I’m content.

Most people I have met have loved the film.Actually anyone I know who has firmly held on to their inner child has fallen in love with the film. A few poopyheads have not liked. The dislike for the film comes from a dislike of Osborne’s wrap around story. Why do we need the story of the girl when we have the Prince? We have it because the story of the Prince can only fill so much screen time without seeming bloated (If you’ve seen the live action version from 1974 you know I’m right). Additionally the story is a parallel story to that of the Aviator- as the Aviator learned from the Prince, the girl learns from the Aviator, and she passes the lessons on as well. The need to take the Prince’s lessons to heart never stop. (In proving  the point that some people have lost their inner child I've read a grumpy person's dismantling of the film where tiny things like the Aviator's story being written in French are seen as destroying the film- clearly they need to reevaluate their lives and their lack of a sense of fun.) This is a masterpiece. I cannot say enough good things about this film. To be honest I would love to talk about the film's finer points, the details hidden in the film, the craft that went into the models, and mostly the magic way that Osborne has crafted the story, because you have no idea what a miraculous thing Osborne did in crafting the wrap around story. I so want to pull it apart and explain to you why the script is one of the best you'll ever see in animated film- but I can't. I don't want to ruin it for you. With the film coming out Friday it is not fair to you to explain it all before you see it....

And you should see it. This is as good a film, of any sort, as you will see this year. It is hands down the front runner for the Best Animated Film Oscar. (And it should get a best adapted screenplay nom as well)

See this film and become a kid again.

Here is my report on the New York International Children's Film Festival screening.