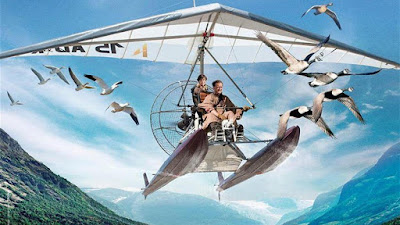 Remember Carol Ballard's FLY AWAY HOME? That's the one where Jeff Daniels and Anna Paquin train a group of Canadian Geese to fly a South? This film tells a similar true story (the discovery of the ability to teach geese to fly in a different pattern has been used numerous times since then) about a father and son to train geese to take a less dangerous migratory journey.

This is a good little film that has some great flying sequences scattered through it, and particularly in the last section. Its a solid film that only really suffers in that the father son bonding, the son is sent to stay with his dad in the middle of no where, is a bit too much cliche. We have been here before  any number of times.

Whether you've seen the the Ballard film or not SPREAD YOUR WINGS will still entertain you thanks to difference in the tale and due to the stunning flying sequences which look spectacular on a big screen.

Is it the be all and end all? No but it does entertain, which is enough.

SPREAD YOUR WINGS was to play Sunday at Rendez-Vous With French Cinema befoe the festival was canceled due to fears o  Covid 19. 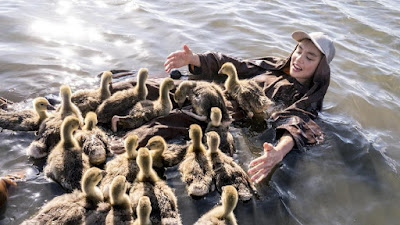