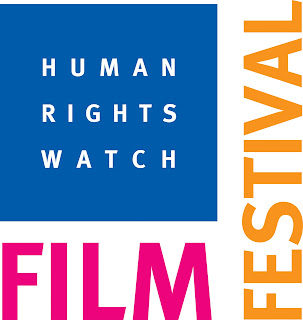 The Human Rights Watch Film Festival is a globe trotting festival that plays many of the world's great cities. They highlight some of the best films  you'll see all year- never mind the fact that the films deal with human rights issues.

This year's edition in London was cut short thanks to the Coronavirus. It's an an unfortunate thing to have happened however just because the festival is done doesn't mean that you shouldn't keep an eye out for the films that are playing. They chose some truly great films and the festival's cancellation should nt be the end of the road.

In the interest of keeping the idea of the films alive I'm going to give you links to some of the films we've covered.(all are on the festival circuit) 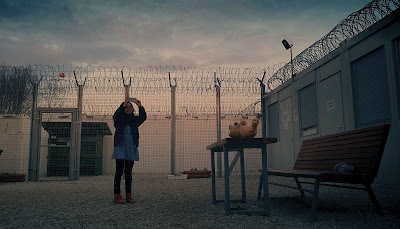 BORN IN EVIN is about the director's tying to fill in her past which is sketchy since she was born in Iran's infamous Evin prison.

I AM NOT ALONE was one f the best films I saw in 2019. It is the story of how one man can change the world for the better. It follows Armenian activist/political prisoner /politician/ journalist Nikol Pashinyan as he walks across the country and brings change.

LEFTOVER WOMEN tells the tale of three women in China who are past their mid-twenties and are considered  too old to marry.

LOVE CHILD concerns a couple forced to flee Ian for Turkey because their affair makes the eligible for the death penalty. Its thriller

MAI KHOI & THE DISSIDENTS awesome music fills this portrait of Vietnamese musician Mai Khoi who times her escape from her home country with the release of her latest record which  she knows will strain her tense relationship with the government past the point of breaking. An excellent portrait of an artist and the cost of speaking out for what is right.

And there are some that you can some now or soon on streaming services (I will have reviews soon):

MIDNIGHT TRAVELER is the story of what happens when Hassan Fasili has a bounty put on his head by the Taliban and he has to flee Afghanistan. You can see this on streaming services like Amazon for a nominal fee.

CRIP CAMP is plays on Netflix starting March 25th. It is the the story of a camp for kids with disabilities and how it changed lives.

The other titles OUR MOTHERS, RADIO SILENCE,  MAXIMA, MADE IN BANGLADESH, IN MY BLOOD IT RUNS, FAR FROM THE TREE, FROM HERE and COLLECTIVE I'm going to run down.

Information can be had here on those dates 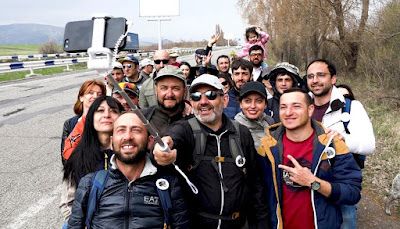