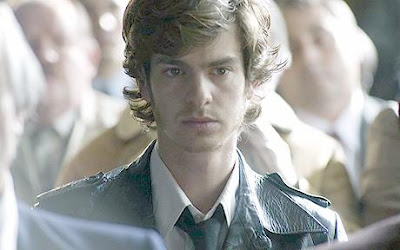 This three part film series based on four books was so successful that they were considering going back and filming the fourth book despite much of it being folded into the third film. The film follows the decade long investigation or lack thereof into a series of child murders and disappearances. The trouble is that the various investigations keep pointing in directions that some people don’t want them to go and highlighting the rampant police corruption which the cops are desperate to hide at all costs.

While it's impossible to simple explain the plot in a paragraph I'm going to throw out a quick statement about the plot of each part:

1974- is about a reporter who gets information on a number of missing young girls. As he digs deeeper all roads seem to point toward a local developer. Cocky and overly sure of himself he begins to push things into areas he shouldn't...

1980- A squeaky clean detective is sent into the lions den in order to look into the continuing series of murders. The trouble is he's walked into a bed of corruption and egos and no one is to be trusted.

1983-repercussion of events carry on as sins of the fathers are revisited and fall out from past acts play out. Will it be possible for anyone to find any sort of redemption and closure?


To put it another was this grand crime drama that covers 10 years of corruption and miss deeds by the police that allowed a child killer to run rampant because not to do so would show their darkside. 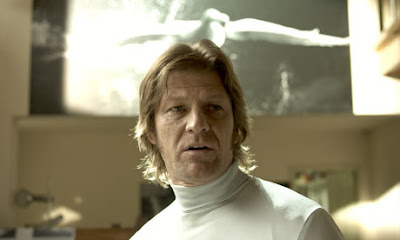 I ran across the films when they turned up a few years back at the New York Film Festival. I had no idea what they were and completely ignored them. I then read the reviews when the series played and regretted not seeing them. I then caught the first two films when the premiered on IFC in Theaters and screamed at the end of the second on since I would have to wait a whole month to see the last part.

TV or films in general rarely get as gripping as this.

The three films are not strictly speaking direct sequels to each other. Each film moves the central plot along but each film follows various side stories along mostly dealing with corruption in the North of England. While not wholly true the films are in fact based on actual events, particularly Yorkshire Ripper and the investigation.

I can’t say enough good about these films. Watching them in sequence is like curling up with a great novel and getting lost for almost six hours. The cast, which includes Sean Bean, Andrew Garfield, Mark Addy and Rebecca Hall come and go throughout the films. Everyone disappears into their roles to the point that you forget they are stars of any sort.

Similar in some ways the film Dreileben which played the NYFF the following year with its three not quite sequel structure, Red Riding scores over that earlier film in that while the films are not technically sequels they do remain consistent with in themselves and what you learn about characters and events carry over in each film making the whole better than the parts. Dreileben essentially throws the central story to the wind in each part and in fact the best bits are the parts that are unique to each other.

As far as crime dramas go Red Riding is top of the heap and a must see for anyone who likes true crime or modern noir.