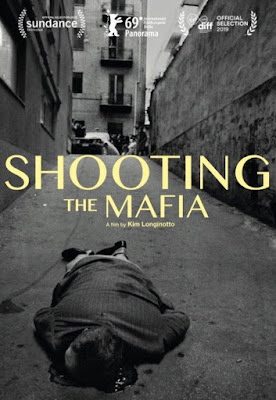 This is a modified version of my review which originally ran during the Fantasia Festival this past July. For those that don't know Fantasia is a genre fest specializing in horror science fiction and way out action films from around the world. It rarely runs films that aren't genre related... except this time they did... With SHOOTING THE MAFIA hiting home video March 24th  I'm reposting my review with some slight modifications.

If you are in the mood for something that might possibly be in the mix for the Oscar give the film a try.