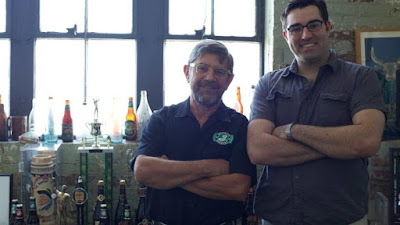 Portrait of the rise of the craft beer industry through a portrait of Brooklyn Brewery and other local NYC breweries.

If you ever wanted to get a handle on the rise of micro breweries and craft beer this film is for you. A  nifty little documentary will give you everything you need to know in order to have a basic handle on the rise of the small beer producers. It seems to be all here (or as much as an hour long film can be).

Cheers to directors Eric W Schleyer and Andrew Coury who have made a film so full of love for it's subject, that even I, a man who doesn't particularly like beer, wants to go out and try some of the brews mentioned in the film.

BEER BREW can be viewed as part of Queens World's on line festival. Go here to screen it.
Posted by Steve Kopian at March 28, 2020