Feathers Of Fire A Persian Epic is on Vimeo now 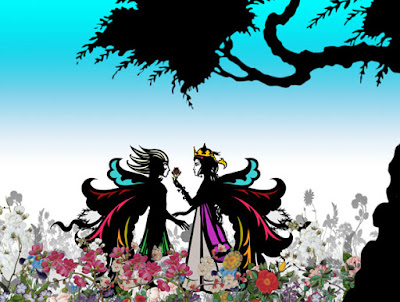 FEATHERS OF FIRE: A PERSIAN EPIC has just gone up on Vimeo VOD for $4.95. It's  absolutely worth spending the money to see what amounts to a live cartoon similar to the work of Lotte Reiniger. I can only imagine what this looked like live.

The story told is of a Zaul and Rudabeh. Zual is the son of a great warrior who was raised by the mythical king of the Air Kingdom who was both father and mother to the boy until his real father reclaimed him.He falls in love with Rudabeh, the grand daughter of  his peoples mortal enemy the Serpent King. As love progresses Zaul must risk his life to rescue his lady love. It is grand epic adventure with monsters, gods, and mortals all playing a part in the tale.

A solid fairy tale adventure it is sure to delight kids of all ages. In all seriousness this is a story that could get a kid lost in high adventure forever. It is visually spectacular with jaw dropping moments that will make you wonder how the hell they did it.

As much as I love the story I think I would have loved it even more had I seen this live. Watching this tale unfold live before me on a screen as big as a wall- or more to the point a stage would have blown me away. (an aside- apparently this World Premiered at Brooklyn Academy of Music in 2016 on their small stage- I am boggled by that thought since based on the behind the scenes footage in the film it doesn't seem like they would have had enough room. But I digress)

The fact that this isn't "live" doesn't destroy the wonder, but I'm guessing it might diminish it slightly since some people may not believe this was being done live in one take.

FEATHERS OF FIRE is magical and highly recommended.

For more details and information on purchase go here. 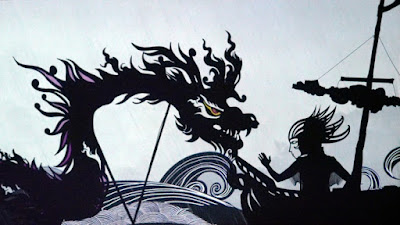