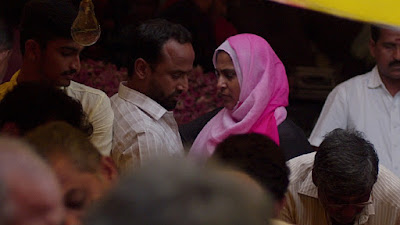 Time and the flow of history has made this probably the most important film at the We Are One Festival.

This story of a day in the life, that becomes a soul crushing look at intolerance (this is not a happy film) is exactly the sort of art that reflects what is going on in the world and in America at this very moment. Though set in India this is a story that could be in most places in America.

This review was written for the New Directors New Films Festival that was supposed to happen a couple of months back. With that festival in limbo I had this review banked until We Are One  scheduled it. A couple weeks back I simply changed the notion about which festival and posted it.

That said in view of current events in America had I been viewing the film now I suspect that my take on the film would be slightly different. I know current events would have altered what I wrote from seeing it just as a film on intolerance into something that connected more to history. Saw what you will sometimes when and in what context we see the film affects our thoughts about it. Current events have had me thinking about this film much more than seeing it cold did.

To that end this is the review I wrote for New Directors. I have not altered it because I have not seen the film in three months and there is currently no way I can see it until the film plays at We Are One (the link I had expired 3 months ago and the festival is not making films available in advance becaus it is a free streaming fest). While I probably should have waited to post my thoughts to see how current events alter the viewing of the film, you need to know that this film exists and that it is now required viewing.

A day in the life of a Muslim shop keeper in a city that is largely Hindu in India. We watch as he goes through his daily routine, writes poetry for his wife and suffers the quiet indignities of existence and of being a minority.

Stunningly beautiful film is the true definition of an art film. Long beautifully composited images take our breath away and run counter point to some of the ugliness of the world. This is a film where every image is worthy of hanging in a museum. Shot in a Academy ration the narrow aspect forces us to truly focus on what we are seeing and what the people on screen are experiencing. We simply can not look away which makes the final turns all the more devastating.

Whether you like the film or not will be determined by the fact that the film is very deliberately paced. Events play out in seeming real time. This isn’t true since the film only runs 79 minutes but it often feels like things are taking much longer. This is not a knock against the film, rather statement that with in this compact package director Arun Karthick has made a film that feels as expansive as a whole day.

Highly recommended for anyone who loves thoughtful deliberate art films.

NASIR plays the WE ARE ONE FILM FEST  starting June 6. For more information and info on how to watch go here. 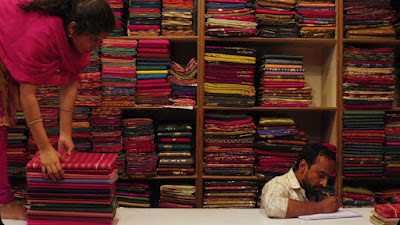 Email ThisBlogThis!Share to TwitterShare to FacebookShare to Pinterest
Labels: drama, india, ndnf 2020, We Are One