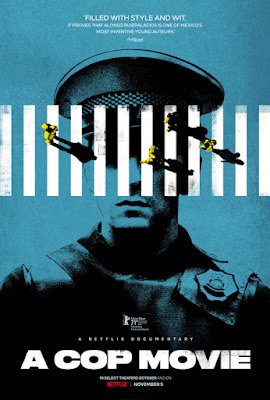 This is the story of two police officers in Mexico city that is tols through documentary, recreation and impressionistic passages.

This intriguing documentary melds a straight forward approach with something else. Its an attempt to make physical the feel and head space of what it’s like to be a cop. We don’t just see the tasks of the job but see the reactions of the public and other officers. We get to know what the officers really feel.

I liked this film a great deal but to be completely honest I need to see the film. Because of scheduling issues I had one pass through the film, which bothered me because I was half way into the film before it clicked. Its all my fault, I thought the film was going to be something different than it was and as a result I didn’t give it a completely fair shake. I really need…nay want to see it again.