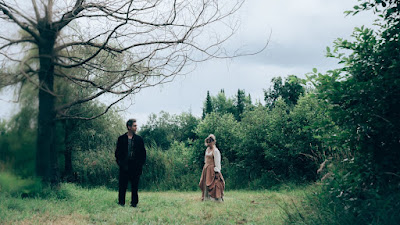 SOCIAL HYGIENE
How you react to this film will be determined by how you react to the conceit of the film. In this case it's that the film is a series of long takes where people literally standing in field yelling at each other. No one moves. They simply stand there and yell at each other about Antoine's misdeeds. I was amused by the obtuse nature of some of the conversations but there simply isn't enough here to sustain 75 minutes. Blame the point and shoot nature of the filmmaking. Yea its clever for a bit but it gets tiring really fast. 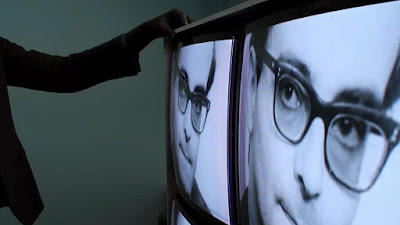 JUST A MOVEMENT
Vincent Messen's experimental portrait of Omar Blondin Diop’s life  is a mix of documentary, docufiction, a discussion of form, a discussion of Godard (who put Diop in some films) and a look at politics, which was what killed Diop.
I liked this film. I liked the interview footage most of all. There is a real emotional connection that the rest of the film doesn't have. Forgive me, but when you mix deep thoughts with emotion, emotion almost always wins out since film, despite what this film or Godard may say, is at its best an emotional medium.
Definitely worth a look.
Posted by Steve Kopian at September 25, 2021