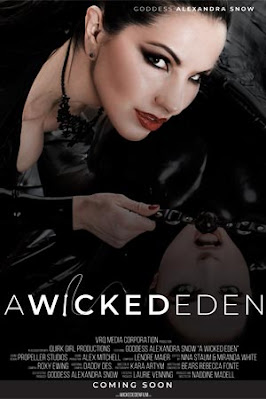 This is a really good film. It’s a lovely look at the world of Snow. It’s a film that will open the eyes of many people who see the film who have no doubt will have a vanilla look at the scene or only know the kinky side of things from the 50 Shades franchise.

Having seen a number of similar films over the years I can honestly say that this is one of the best I’ve run across. It helps that this is not just a story about a woman in it for the money but one who is doing something that she really loves. It’s a love that bleeds off the screen.

I don’t know what else to say. Talking about t a film like this is difficult on a general readership website. Not because there is anything wrong with the subject but more because I don’t want to start a discussion that will upset some one who drifts in unaware. To that end I’m simply going to say that this film is worth a look for anyone interested in the subject.