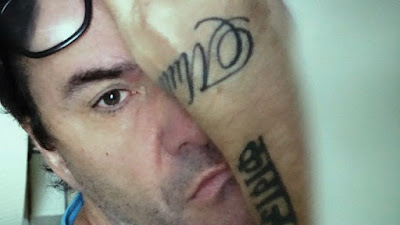 Mark Cousins, the man behind The Story Of Film: An Odyssey,  talks about how we look at things the day before he is scheduled to have surgery to save his eyesight.

My feelings for the film are all over the place. I love a great deal of the discussion Cousins forces us to engage in. He raises all sorts of questions that force us to really think about how we look at things. Beginning right at the start when we see a clip of Ray Charles saying he would not want to get his sight back permanently and on through a flash forward several decades when he is an old man, the film forcibly makes us rethink who we literally see the world. At the same time some of the presentation didn’t work for me. There is a bit too much of the sleepy eyed cousins laying in bed talking about things. While I know that’s the conceit of the film it kind of feels lazy. Also there are couple of other bits in the middle that didn’t quite work for me.

Reservations aside, I most definitely recommend The Story Of Looking if for nothing else it will force you to engage with it  and the world in a new way.