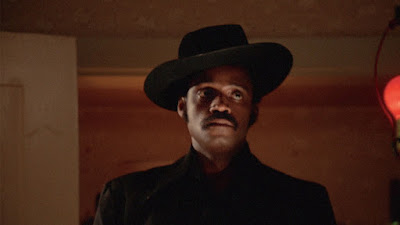 I did a short piece on Melvin Van Peeble’s classic film in 2014 for Fantasia. I am going to repost it here for this years New York Film Festival where a new restoration is playing because I want to see it again, preferably on the big screen, before I  write up a longer piece.

Melvin Van Peebles' earth shaking "blacksploitation" film (his was one of, if not the first film in the cycle) about a man on the run changed filmmaking in ways that are still being felt. Van Peebles, one of the most intelligent and amazing men I've ever met gave the world a real black man and not some Hollywood's idea of one. Its a film that was made by an artist who wanted to get his vision on the screen and did so, thus changing the world which tried to follow his lead. A historically important film, it is also a damn fine thriller and for that reason it must be seen.