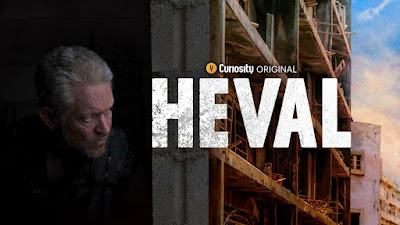 Heval is the Kudish word for friend. HEVAL the film is about actor Michal Enright who gave up his career in Hollywood and headed off to fight Isis with the Kurdish factions in Syria.

The first feature film produced by Curiosity Stream is a one hell of a tale. It’s a crazy story that doesn’t go where you think it will, trust me I didn’t see how this played out. Telling the story from Enright's desire to do something on to the end of his days fighting.

I really liked this film. It shows a different side to the battle for Syria than we are used to. Yes, it is still the story of war, but it focuses on the Kurds who more often than not mentioned but not ones we usually travel with. The film also gives us a wide group of people to get to know. Watching Enright interact it's easy to understand how he fell in love with the whole group of them.