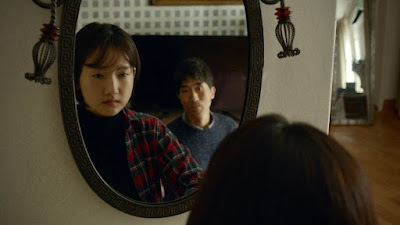 A young woman is joined in a seaside hotel by a man from the internet with the intention of committing suicide together.

This solid little short film is based on what the film says is a growing Korean trend of people making suicide pacts on the internet. It’s a beautifully acted film that raises all sorts of questions as it makes our expectations go sideways.  I didn’t expect this to go as it did and was absolutely pleasantly surprised. This film is a prime example of why the length of a film doesn't matter so long as it moves the viewer. This film moves you more than most features you'll run across.

Making its world premiere as part of the shorts program at Toronto it is highly recommended.