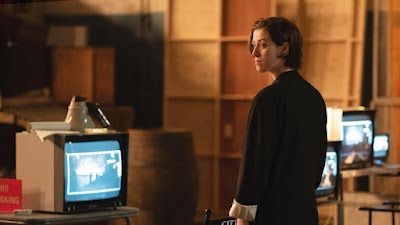 Joanna Hogg continues her autobiographical tale of  Julie who is trying to finish her graduate film project while at the same time dealing with the events of the first film.

I don't have a great deal to say about the film. I just enjoyed watching it and don't have much to say about it.  That's not a knock, more it's a kind of a rave. I just want th film to be without pulling it apart. That may not be the best thing for you, but its the best I can do.

What I can say is that the film is better than the first part, and best of all you don't need to know all the details of that film to enjoy this one. I say that because I have little memory of the first film and didn't feel I missed out on anything.