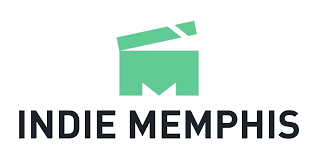 (September 15, 2021 | Memphis, TN) Indie Memphis Film Festival, presented by Duncan Williams, Inc., is pleased to announce the full slate of films for its 2021 incarnation, spanning from October 20th - 25th, 2021. This year’s festival promises to be a very exciting and wildly varied one, featuring films ranging from new discoveries to beloved classics, from festival hits to experimental wonders, and everything in-between.

“I am incredibly excited by what we are offering this year with the festival,“ says Indie Memphis Executive Director Knox Shelton, “The programming is stellar and, in terms of how we've planned the festival, we hope that we have found ways for people to celebrate independent filmmaking based on their comfort level. We understand that there is no perfect way to do this, but we've taken steps to ensure the health and safety of our filmmakers, attendees, volunteers, and staff.”

In the quest to reach a large audience while taking staunch COVID-19 precautions, this year’s festival will be a hybrid of online and in-person screenings and events. For in-person Memphis screenings and events, proof of COVID-19 vaccine is required for all staff, volunteers, contractors, and attendees and masks are required at all times indoors. Venues for screenings are now focused on larger theaters to better accommodate social-distanced seating; these include Crosstown Theater, The Block Party will be delayed until a year in which we can better protect the health of our attendees, partners, and staff. Circuit Playhouse, Playhouse on the Square, and the Malco Summer Drive-In. Festival parties will be limited to outdoor celebrations on Opening and Closing Night.

The 2021 festival features work from up-and-coming filmmakers, as well as festival hits such as Jonas Carpignano’s A CHIARA, Jane Schoenbrun’s WE’RE ALL GOING TO THE WORLD’S FAIR, Penny Lane’s LISTENING TO KENNY G, Céline Sciamma’s PETITE MAMAN, and many more.

The festival also features exciting premieres, such as the World Premiere of Andrew Infante’s FERNY & LUCA. The film is a look into the on-and-off relationship between Ferny, a sweet and naive pretty boy, and Luca, a rough and tumble disco queen, who is more concerned with chasing her dreams than chasing boys. There’s also the World Premiere of Jenny Perlin’s BUNKER, a documentary that investigates the lonely lives of American men who have decided to live in decommissioned military bunkers and nuclear missile silos, and follows the process of building and selling these structures to the wealthy and not-so-wealthy alike.

“We’re honored to be introducing these titles to Memphis audiences,” said Indie Memphis Artistic Director Miriam Bale. “I’m confident many of these are classics that will be talked about for a long time to come. We aim to have a collection of films that is winnowed down to the best of year, and I think this line-up reflects that.”

The festival continues to feature live music performed in the theaters before every screening. The Black Creators Forum also returns for a fourth year, this time in a hybrid format, both online and with an outdoor in-person component. This festival programming continues to reflect diversity in all areas, with a special focus on films from the African Diaspora and Africa. Indie Memphis is privileged to present the North American premiere of JUJU STORIES, an anthology film from the Nigerian new wave cinema collective known as Surreal16, after its World Premiere at Locarno.

The 2021 slate was unveiled publicly on the evening of Tuesday, September 14th via Zoom. For more information, please visit http://indiememphis.com/.

Adapted from a Haruki Murakami short story in which an aging actor can no longer drive, so he hires a quiet 20-year-old girl as his chauffeur.

An imagining of one weekend in the life of Princess Diana (Kristen Stewart), as she spends the Christmas holiday with the royal family at the Sandringham estate in Norfolk, and decides to leave her marriage to Prince Charles.

A look into the on-and-off relationship between Ferny, a sweet and naive pretty boy, and Luca, a rough and tumble disco queen, who is more concerned with chasing her dreams than chasing boys... mostly.

An African-American family indulges in the use of a secret pill that helps them cope with their day-to-day stressors of racism outside of their home.

WE’RE ALL GOING TO THE WORLD’S FAIR (Dir. Jane Schoenbrun)

Reality and fantasy begin to blur when a teen immerses herself in a role-playing horror game online.

Ghanaian-American Sarah is all set to abandon her Ivy League doctoral program to follow her married lover across the country. Her plans are derailed, however, when her mother’s sudden death leaves her the owner of a neighborhood bookshop in the Bronx.

ONE OF OURS (Dir. Yasmine Mathurin)

After a Haitian-born youth is racially profiled at an Indigenous basketball tournament, he wrestles with his shaken sense of belonging in his Indigenous adoptive family while attempting to heal from his past.

An introduction to the incredible youth activists of Comerío, Puerto Rico, who navigate the aftermath of Hurricane Maria, a disaster that brought an unprecedented level of devastation to an island already in economic and political crisis.

A documentary film about Tennessee death row inmate Abu-Ali 'Abdur Rahman and the celebrated attorney and justice system that failed him following one of Nashville’s most notorious crimes.

A 15-year-old girl doggedly searches for the truth behind her adored father's sudden abandonment in Calabria.

Johnny (Joaquin Phoenix) and his young nephew (Woody Norman) forge a tenuous but transformational relationship when they are unexpectedly thrown together in this delicate and deeply moving story about the connections between adults and children, the past and the future.

From the extraordinary mind of Palme D’or winning director Apichatpong Weerasethakul, and starring Academy Award-winner Tilda Swinton, comes a meditative mystery about a Scottish woman who begins experiencing a mysterious sensory syndrome while traversing the jungles of Colombia.

8-year-old Nelly has just lost her beloved grandmother and is helping her parents clean out her mother’s childhood home. While exploring the surrounding woods where her mother used to play, she meets another little girl who seems eerily familiar. Nelly’s new friend takes her to a house that is a mirror of her own.

I WAS A SIMPLE MAN (Dir. Christopher Makoto Yogi)

As Masao (Steve Iwamoto) gets sicker, he is visited by ghosts of his past, including his wife, Grace (Constance Wu), who helps shepherd him into the beyond. Merging dream, family history, romantic period piece, all bridged by gently psychedelic observations of nature.

One of the most daring and moving films of the year! You won’t want to miss this.

Recounted mostly through animation to director Jonas Poher Rasmussen, Amin Nawabi tells of his extraordinary journey as a child refugee from Afghanistan.

An intimate portrait of an outspoken showman who with humor and grace navigates the highs and lows of a seven-decade career, and a complex relationship with his superstar brother, Gregory Hines.

A film about the fungal reign explores the theme of renewal, and questions what connects us when the world seems to be falling apart.

Films That Depart from Expectations

The debut feature film of renowned filmmaker Jenny Perlin investigates the lonely lives of American men who have decided to live in decommissioned military bunkers and nuclear missile silos, and follows the process of building and selling these structures to the wealthy and not-so-wealthy alike.

MANY FIRES THIS TIME WE THE 100 MILLION (Dir. Jason R.A. Foster)

A poetic docudrama about the 1 in 3 Americans living in economic insecurity. It follows the journey of poet and activist A Scribe Called Quess? as he connects with fellow activist poets and the communities they represent from Oakland to Chicago to Kentucky to his hometown of New Orleans.

A family death spurs a first-person study on the nature of grief, time, and origins.

A group of survivors of sexual abuse by Catholic priests battle for justice.

Shot over the course of two years, Ste. Anne traces an allegorical reclamation of land through personal, symbolic and historical sites all across Treaty 1 Territory, heartland of the Métis Nation.

ELDER’S CORNER is a historical music documentary showcasing the lives and work of Nigeria's pioneering musicians.

Penny Lane’s documentary takes a witty and provocative look at the easy-listening saxophonist’s story while asking: what makes music good or bad?

POLY STYRENE: I AM A CLICHE (Dirs. Celeste Bell and Paul Sng)

The life and work of X-Ray Spex singer-songwriter and punk icon Poly Styrene is explored by her daughter in this dynamic yet delicate personal film. There are also explorations of Styrene’s identity as a half-Somali woman in the largely white punk scene.

A documentary about the metal band I Don't Konform and the vibrant heavy metal scene throughout the Navajo reservation.

A year in the life of Ballet Memphis, a southern dance organization dedicated to putting diversity on the stage while challenging preconceptions about regional ballet. This predominantly observational documentary follows the many individuals and artists who collaborate together as a community over the course of a dizzying pre-pandemic season (2018-2019).

A group of eleven young men from the south side of Memphis began their journey in Jr High and made their way to the NFL.

After a pandemic strikes the nation, ten friends decide to quarantine under the same roof. Unfortunately, one of them is a killer.

An awkward 16 year old black teen comes of age and learns about love, bullying, tragedy and how to connect to his father who he's extremely different from.

A crew of aspiring ice climbers from the Memphis Rox gym travels to the frozen wilds of Montana, where mentors Manoah Ainuu, Conrad Anker and Fred Campbell share their love of winter adventure in the mountains.

In this seminal work in African-American independent film, William Douglas Street is bored with his life. Working for his father is getting to him, his wife wants more money, and he’s had enough. His solution is to re-invent himself. He becomes a chameleon, taking on whatever role suits the situation.

Set in 1970's Britain, a man drives from London to Bristol to investigate his brother's death. The purpose of his trip is offset by his encounters with a series of odd people.

A collection of some of the notable films by actor, filmmaker, artist, and Memphis legend, Don Meyers.

The mission of Indie Memphis, a 501(c)3 arts organization, is to create community through independent film and support the development of filmmakers. Learn more at IndieMemphis.com.