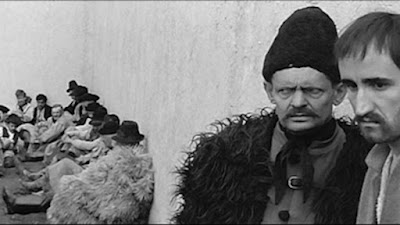 One of Bela Tarr’s favorite directors Miklós Jancsó tells the story of the attempt to round up rebels and get information on the leaders after the 1848 rebellion.  It’s a moody black and white film that feels akin to Tarr’s work but instead of long static shots we get a constantly prowling camera.

This is a beautifully constructed film that slowly drags us into the events and makes us want to lean in and see what is going on.

To be honest this film was not on my list of films to cover at the festival, I ha no real idea what it was. However the opportunity fell into my lap and I took. As a result THE ROUND UP is going to end up as one of the great finds not only of the New York Film Festival but also the year.