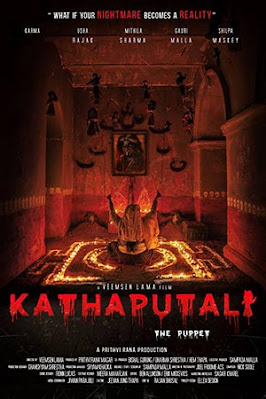 Horror film Nepal is a good film that requires a bit of patience.  I say this because some of the dialog scenes feel more like tableaus rather than an event that is happening right before our eyes. It’s not bad  but it results in a slightly mannered effect that is at odds with the horror.

The horror stuff here is really good. There are several sequences here that produced real chills. How good is the horror stuff here? There is a stock shot of a demon hovering over a sleeping person that we see in way too many films. The way it was done here  made me gasp. It wasn’t anything overt, it just was a perfect shot that inferred some that wasn’t right. More it felt more real than what we have been getting out of Hollywood. I was really impressed.  More importantly I was frightened.

Definitely worth a look for horror fans