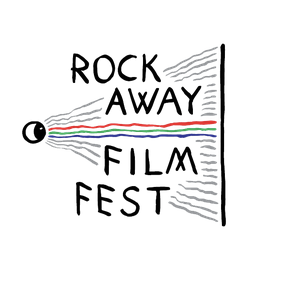 This year's festival will see the opening of a newly completed outdoor cinema— the first movie theater on the peninsula in over 20 years!

Queens, NY - This September, Rockaway Film Festival opens their newly completed outdoor cinema, which is the first movie theater on the peninsula in over 20 years. The 200 seat theater is a partnership with Rockaway Brewing Co. and made possible thanks to a generous community effort.

Over the course of the week, the festival will show 12 feature films and 38 shorts, highlighting local filmmakers like Rockaway’s Robert Carnevale, whose feel-good Zombie flick Sam and Mattie Make a Movie will be spotlighted on opening night, and Amit Desai’s shapeshifting Cross Eyed in which local Queens teens perform. Guest programmers include Jason Evans of This Long Century and Rockaway’s Benny’s Club, an organization dedicated to creating space for BIPOC and queer surfers.

Every day will feature in-person, post-screening discussions with filmmakers, including Jane Schoenbrun for their breakout feature We’re All Going to the World’s Fair, Oscar-nominated Shaka King for his award-winning Judas and the Black Messiah, Sky Hopinka, whose debut feature maɬni – towards the ocean, towards the shore will play Saturday night, and Courtney Stephens, who will also live-narrate her essay film Terra Femme in a special performance.

The outdoor cinema will have a rotating menu from local vendors: West African dishes from The Cradle, neapolitan pizza from Seany Slices and other delicious bites from Brothers.

“Our latest cinema is the most ambitious one yet, and it's been an incredible joy to put it together with so many friends and neighbors. People relish spaces that cater to their surroundings and I think it makes for a better overall experience for those coming from a far or from just around the corner. The community enthusiasm gives us vital momentum toward our goal of filling the cinema-void on this beloved peninsula.” -- Sam Fleischner, Co-founder, Rockaway Film Festival.

“Cinemas are vehicles of connection and change, and are especially important after such a hard year. We’re so grateful to have the opportunity to share our new outdoor space with the community and enjoy movies together again.” -- Courtney Muller, Co-founder, Rockaway Film Festival.

Uniting movie lovers across NYC's largest cinema desert, Rockaway Film Festival is a nomadic moving-image celebration that strives for inclusion and enrichment through meaningful events. Like the peninsula itself, the festival represents a broad spectrum of images and stories, and aims to captivate and connect all members of our vibrant community. The festival is a 501c3 non-profit founded in 2018 by Sam Fleischner, Courtney Muller, and Greg Stewart.

This festival would not be possible without our sponsors: Istic Illic Pictures and Blundstone, our signature partners; Rockaway Brewing Co. for generously giving us space to show films; The Rockaway Hotel, Camp Rockaway, and Rockaway Retreat House for putting up our filmmakers and special guests, and The Rockaway Times, NYC Ferry, & Super Burrito for their added support.

The beach and its surroundings are part of art history—from the Impressionists to photographers like Rineke Dijkstra—with artists often drawn to the incredible light and color available to them in these locations. Continuing in this tradition, the experimental art-based short films and videos in this program take us across both sand and ocean, creating visuals that sometimes feel everyday and other times seem absurd. Programmed by Jason Evans (This Long Century).

Special thanks to EAI for making this program possible .

Directed by Rockaway resident Robert Carnevale & Jesse Suchmann, Sam and Mattie Make a Zombie Movie is feel-good blood and guts. Sam and Mattie are two best friends who are determined to make the most epic zombie movie ever. Confounding disability stigmas, the film is a spectacular display of DIY gore and a joyous example of friendship and community.

Rarely is New York City considered a seatown, though it is surrounded by over 500 miles of shoreline. This collection of short experimental documentaries takes us from the sticky waters of the Gowanus Canal to the moonlit urban beaches of Jamaica Bay, with apocalyptic train stops in the overgrown Brooklyn Navy Yard and a peninsula off the Bronx River. As the city prepares for its next era battling climate change and sea level rise, consider the creatures and people who live and rely on this tenuous stretch of land. Programmed by Emily Packer.

FORM FOLLOWS FOREPLAY by the Institute of Queer Ecology. 2019. 4 min.

METAMORPHOSIS: LIQUIDATION by the Institute of Queer Ecology. 2020. 13 min.

A troupe of teens put on a play written by director and Queens local Amit Desai. Unrehearsed conversations bleed into scripted lines in this shapeshifting document of surreal theater. On the verge of adulthood, the performers discuss their fears, queerness, and ideas of truth and fiction as they free-fall into performative self-reflection.

UNDER THE LIP: DISPATCHES FROM BEYOND THE WHITEWASH

This screening is the conclusion of a three-month series exploring what it looks like to build a surf culture that is true to our messy, political, creative lives on land and in the water. The program will take us from Hawaii to California, South Africa, Iran, and Australia, mapping an international group of unique surf communities. We’re closing the series out with a program that investigates how surfing changed in the 20 years between the mid-90s and mid-2010s, using the vision of one filmmaker, Andrew Kidman, as our experiment’s control.

Benny’s Club is a queer and BIPOC-centered surf collective—a community dedicated to connecting and uplifting surfers who’ve been sidelined by surf culture at large as well as increasing access to surfing for queer and BIPOC New Yorkers.

A celebration of the 40th anniversary of surf classic Morning of the Earth. Stephanie Gilmore surfs a Dave Parmenter single fin in an attempt to recreate and inhabit the lines Michael Peterson drew in Morning of the Earth, before machismo and commercialization overtook surfing’s mainstream. What results is one of the most inspired surf sequences this side of the millennium, and a glimpse at the kind of expression and freedom we might find beyond the strictures of the binary gender regime.

A film that changed the course of professional surfing and influenced two generations to practice a more creative approach to wave-riding. Litmus marks a turning point that expanded professional surfing beyond the competitive realm. The film reignites the spirit of self expression and intuitive exploration that got lost in the commercialization of the late 80s and early 90s.

HOW I CHOOSE TO SPEND THE REMAINDER OF MY BIRTHING YEARS by Sarah Lasley. 2020. 6 min.

Sarah Lasley delves into a long held childhood fantasy by inserting herself into that famous scene from Dirty Dancing in this playfully reappropriated romance.

A screening of short animations about searching for meaning in everyday life. How can we read routine? What can we uncover in our words? How can we peel back quotidien moments to create understanding? Programmed by Becky James.

In choreographed camouflage, two ghosts cautiously discover each other in the woods.

A standout from Sundance and New Directors/New Films, Jane Schoenbrun’s debut feature is a hypnotic horror film of the internet age. The film centers on Casey (Anna Cobb), a lonely teen who enters a new virtual world via a mysterious role-playing game. Through webcam recordings and youtube wormholes, We’re All Going to the World’s Fair explores ideas of identity and isolation with gentle vulnerability.

Concerning the passage of time and mortality. On loop throughout the weekend.

Inspired by real-life mother-daughter con-artists, Amalia Ulman’s debut feature El Planeta is the story of a broke duo who pretend to be wealthy to scam their way out of paying for things. Ulman is a seasoned persona shifter whose multidisciplinary art pieces often deal with ideas of performance and identity—El Planeta is no exception. Ulman stars in the film alongside her actual mother, Alejandra Ulman in a dryly comedic yet refreshingly honest portrait of class and poverty.

Nominated for six Academy Awards, Judas and the Black Messiah is a powerful and disturbing recounting of Fred Hampton’s assasination by Chicago police. The anxiety-inducing historical drama is a dual portrait of the charismatic, socialist visionary Fred Hampton (Daniel Kaluuya) and his broken betrayer, Bill O’Neal (Lakeith Stanfield). A suspenseful depiction of two complex figures caught in the politics of revolution, the film is also an ode to the legacy of the Illinois Black Panther party.

Hypnotic tones from a true visionary. Stick around for her short Lavender House in the following Algorithm screening. Free with movie ticket.

MAɬNI—TOWARDS THE OCEAN TOWARDS THE SHORE by Sky Hopinka. 2020. 80 min.

Ho-Chunk artist and filmmaker Sky Hopinka’s experimental debut feature is a lush meditation on agency (in both life and death) and indigenous knowledge. Hopinka’s patient gaze centers on Sweetwater Sahme and Jordan Mercier as they explore the richly saturated natural landscape of the Pacific Northwest. Maɬni (pronounced moth-nee) contemplates the generational resonance of a Chinookan origin-of-death myth.

“Does everything need to have a point?”

Based on Harry Nilsson’s 1971 album The Point! and narrated by Ringo Starr, this timeless coming-of-age tells the story of Oblio, a round-headed outcast in a kingdom of points. Indulge in the nostalgia of this animated fable about acceptance and the wonderfulness of individuality.

Two unsuspecting coworkers arrive at a private beach house getaway only to discover their boss, Bernie, has been murdered. Fearing they’ll be pinned with the crime, they enjoy the rest of their vacation dragging around an incognito corpse, pretending Bernie is still alive. Wrap up the summer with this absurd and perfect beach flick.

“What does the narrative of exploration offer women?”

Courtney Stephens’s live-narrated essay film resurrects archival footage shot by women in the 1920’s-40’s in an intimate time capsule of pure perspective. The amateur filmmakers construct their own narratives through personal diaries, dipping into private wanderlust and quietly reaffirming their agency and freedom.