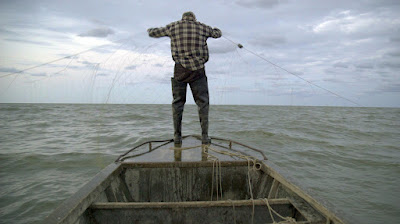 Absolutely magnificent portrait of the inhabitants of Ostrov Island in the Caspian Sea.  Years ago the island was thriving community with a collective fishery but Soviet Union fell, people left, the farm was destroed and the authorities closed down the caviar harvesting. Those that were remained were left to fend for themselves. Fending means scratching out a bare subsistence and trying to avoid the coast guard, who will arrest them if they go to sea to fish (the government won’t grant them licenses to do so)

Beautifully shot film is a real slice of life. This is the arc of life on the island as we get to know the few inhabitants, see the rhythms and feel the pace of life. The images put us into the homes and on the beaches and we have a real sense place. You can feel the breeze and smell the food. Its an amazing achievement.

I love this film. I love how the film pulls us in and makes us truly understand what it’s like to be living on the island. Rarely have I ever walked out of a movie not feeling as though I was watching a film, but having gone somewhere else. OSTROV puts us in this other place.

This film is a stunner.

And when you see the film, stay with it. Yes, it can feel a little draggy. That’s okay. That’s what life on the island is like.  Just stay with it. I say that as someone who felt a little bored at times, I was tempted to wander off. However by the time the ending came I found I was deeply moved, just saying Wow over and over again. Not because it ended spectacularly but because I felt as though I was touching life. 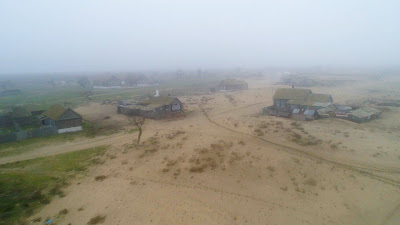