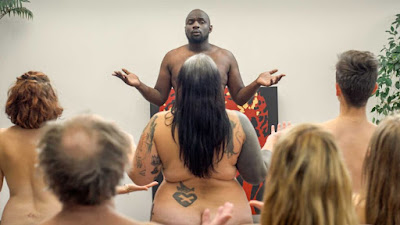 Holiday At All Costs is an amusing comedy. It will not shake the pillars of heaven but it will entertain.

The plot of the film has a put upon computer tech trying to take his family on the first vacation in six years. The problem is his boss refuses to pay his vacation time or overtime. He cuts a deal to help out at the resort and then it all goes sideways.

Good characters are lost in uncomfortable situations in a comedy that takes on vacations and martial strife. It’s a film where bad situations make good people behavior awkwardly with the result is a steady stream of laughs and chuckles.

To be honest I had zero interest in covering this film but it was sent along with a film I asked for. When that film turned into a bust I tried this in desperation and ended up having a good time.  If you want to know why I love film festivals like Dances With Film it’s that I frequently stumble into small gems like this that I never would have seen otherwise.