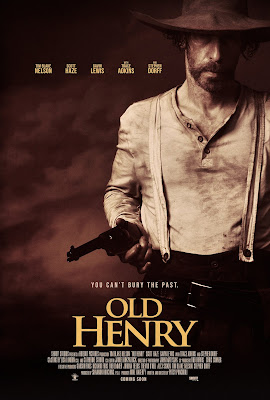 Tim Blake Nelson deserves an Oscar, or at least a nomination, for his portrayal of a farmer who ends up in the middle of a siege when he and his son take in a wounded man with a satchel full of money.

And that's all I can say about the film. I have been asked not to talk too much about the plot because it has a lot of twists and terms.

This is a great film. Its an action filled western that will keep you on the edge of your seat. You will need to know how this all plays out as you wince the violence.

The real story here is Tim Blake Nelson. Who knew that the perpetual character actor could be the biggest kick ass action hero of the year? Not only does he  effortlessly take on an army of bad guys but he manages to portray one of the great cinema dads.  This is a career making performance that should change the course of the multi-hyphenate's career.  This is a performance the cinema gods need to smile on and get it into the view of the Awards makers.

It really is a great film- maybe one of the year's best.

(though there maybe one twist too many)