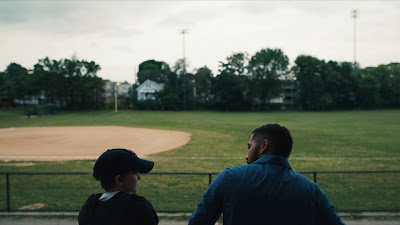 Ronnie Russo returns to Boston to see his dying friend. He’s tasked with finding the friends son so that he can connect with him before he passes away. As sets out on his appointed task, the past come calling and he begins to ponder a tragic event from his childhood that linked the two friends.

Beautifully acted film over comes the occasional feeling that we have been here before. While there is nothing wrong with the story, it’s the cast that does the heavy lifting. You fall in love with the characters that Neil Brown Jr., Nicky Whelan, Jeremy Sisto, Kevin Chapman play and they make taking the ride worth the trip.

This is a nice little film. It may not rattle heaven but it entertains and moves us.