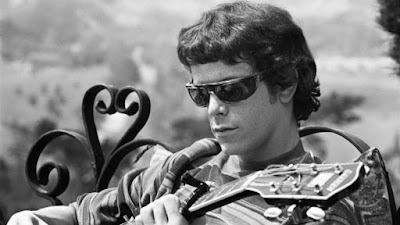 Todd Haynes takes a look at the legendary rock group the Velvet Underground in a film that is going to play best for fans.

Beginning with a biographical sketch of a pre-Velvet Lou Reed and then moving onward through the story, this film  introduces us to all the surviving members of the band as well as people who were in the Andy Warhol's Factory at the time (Mary Warnov, Amy Taubin) who give us a glimpse into what happened.

Well, a little bit of what happened. I say that because outside of setting up the early days of Lou Reed and John Cale, the film is kind of lacking in a hell of a lot of details. I mean we really don't get to know any of the other band members at all. Even details about Cale and Reed's lives after a certain point are not there. There is no sense of when any of this is happening. Hat exactly was the run of the band? The tension in the group is glossed over as so much is left unsaid. Truthfully we know more about Reed hanging out in gay bars than we know about other probably more important things.

This is a documentary about an influential force in the history of (all) music where we never are told how influential the group ended up being. The Velvet Underground ultimately changed what followed them but we don't see any of it.

Ultimately this is a celebration of the group by a huge fan who knows way more than we do, but doesn't realize it.

Despite my severe reservations, I was moved by the film, purely because of nostlgia. I was reduced to a teary mess when Sweet Jane started playing because at that exact moment I was thinking about my late friend Lou Macaluso, who was huge Reed and Underground fan. My thought was how much more he would have loved this than me just as his favorite Reed penned song started. I was wrecked there after.

However by that time, despite being entertained, I  had just kind of given up and just listened to the music- this film has a killer sound track (see it in a theater with a great sound system)

In the end I like the film but I don't love it. As I said above this is going to play best or fans who don't need to know all the facts of the group.