See LINDA RONSTADT: THE SOUND OF MY VOICE free on line June 4 to 10

The BrightFocus Foundation  is putting the excllent film LINDA RODTADT: THE SOUND OF MY VOICE on line for free starting tomorrow. They are hoping to get  some donations for their work to stop brain and eye diseases. Details on how to watch can found below. 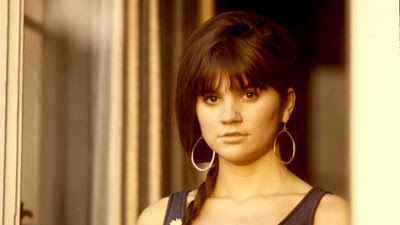 Victory lap documentary on the life and times of Linda Ronstadt.

Made up largely of interviews with friends and family, performance clips, decades of old interviews as well as a new one done just for this film, the film is a celebration of Ronstadt's entire life.

There is little to say about the film other than it hits pretty much everything there is to now about the singer. Its all here, the good and the sad, the film is what Ronstadt was looking to get out of the project which was a way of assuring her legacy.  Not that she really needs it since generations of women and girls were inspired and empowered by her and her music.

This maybe a largely by the numbers film, but it rocks mightily. It also ends  on a bittersweet note with Ronstadt singing with her family. I was moved to tears so I suggest keeping a tissue or two handy.

LINDA RONSTADT:THE SOUND OF MY VOICE At-Home Movie Night with BrightFocus can be watched for free at brightfocus.org/movie, or via Facebook Live and viewed on any computer, tablet, or phone from June 4-10.
Posted by Steve Kopian at June 03, 2020