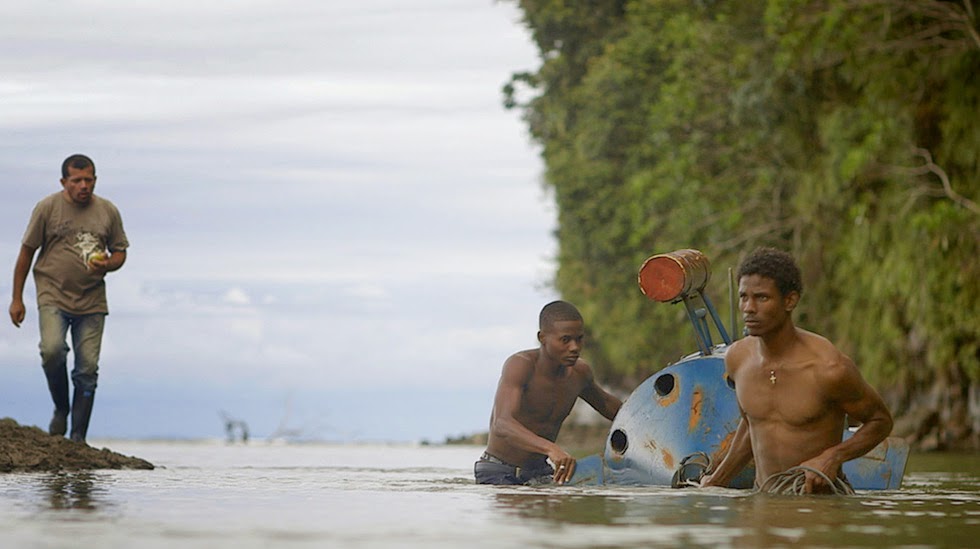 Two estranged brothers, in need of money, decide to transport a torpedo full of drugs to a rendezvous point up the coast for some drug king pins. Things don't go as planned and they find out the real cost of doing things for bad guys.

What's supposed to be a simple boat trip becomes a road trip from hell as thing steadily go from bad to worse. I'm not going to say what happens, if I told you you wouldn't need to see the film, but getting involved in the drug trade clearly puts you on the road toward doing things you never intended. The film doesn't shy away from the human cost as we see people die and hear the stories of people killed senselessly.

A beautifully shot film this film looks great. We are very much in places that have never been put on film before and the film is so much better for it. The new horizons carries the film even when the film seems to be rambling along.

While I'm mixed  on the film, other people at the press screening, including Unseen writer  Peter Gutierrez, loved it. Peter was gripped by the film and held in it's power from start to finish. Because Peter liked it so much, and because it's not a bad film I'm going to recommend the film to anyone interested in seeing it.
Posted by Steve Kopian at April 20, 2014