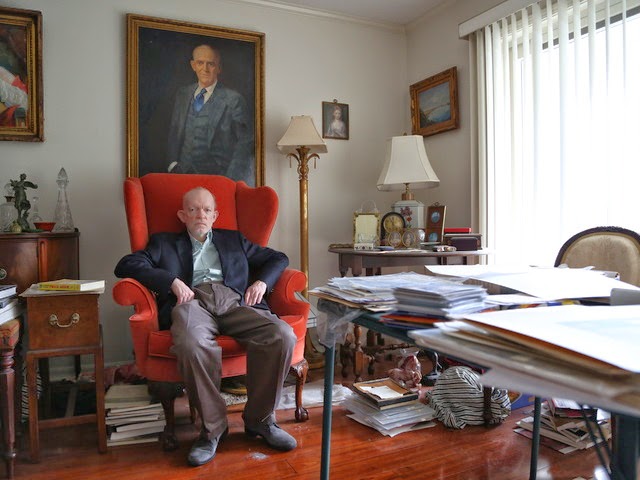 Portrait of artist and art forger Mark Landis who has been gifting museums and institutions around the country with works of art from the great masters- all recreated by himself. He doesn't tell them they are fakes, he just tells them they have been gifted with a great  treasure. The fact that no money has changed hands has kept him out of jail, however it has pissed off museum curators everywhere. It's a fact that has become an obsession with Matthew Leininger an ex-museum employee who wants to make sure that Landis doesn't manage to pass on any more of his fakes

Amusing portrait of an artistic scoundrel is a scary wake-up call for art museums everywhere. I've heard all sorts of stories about the amount of forged paintings in museums. I know its something no one wants to talk about on the record, but a film like Arts and Crafts may force the matter out into the open. I mean if all it takes is a copier, some paint and some coffee there maybe way more fakes out there than we can ever possibly conceive.

I like this movie a lot. Its an amazing and amusing tale that I kind of sort of had heard of before seeing the film (Landis's name was familiar) but I didn't really know. Its a story that had me smiling from ear to ear even as it had me wondering about the art world. As Landis repeatedly says you have to do your due diligence which apparently very few people actually do. Perhaps now they will.

Definitely one to catch at Tribeca if the subject interests you.