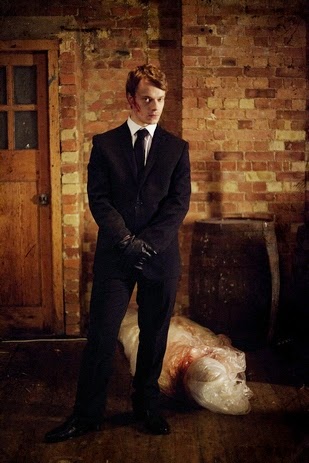 Paul Davis‘s The Body is a masterpiece.

One of the best films at this year's Tribeca is one of the best horror films I've seen in a while. Its a nasty little confection perfectly blending of humor and horror. It film manages to do what most horror comedies or humorous horror films ever manage to do-that is keep the laughs from killing all the chills and the chills from taking off the edge off the laughs. It’s a smartly done film that looks good, is marvelously acted and just a great deal of fun.

The plot of the film is real simple- after claiming his latest victim a killer,played by Game of Thrones Alfie Allen, goes off to dispose of the body. Since it’s Halloween no one is going to pay attention…unfortunately he ends up bumping into an old friend…who loves his costume (body included) and wants him to come around to a party for a drink.

It’s a simple story but it manages to hit every note perfectly. From the opening post murder sequence where our hero (well he is) shockingly answers the door to the house with a blood covered face (You’ll wonder what he was he thinking- until you realize its Halloween) to the final fade out (which I don’t dare reveal) this film gets every image, sound and emotion perfectly. Even if my life were at stake I couldn't come up with anything I’d change.

How good is the film? Well if you’ve ever managed to attend any sort of press screening or know anyone who writes on film you know they are some of the most neutral film going experiences you can have. Actually neutral isn’t a good word, emotionally dead is a better description. No one wants to tip their hand so they stifle any sort of reaction. Watching the film in a theater filled with critics and filmmakers the laughed, groaned and “oh shit”ed in all the right places. If you can get a reaction from a room full of critics you’re golden.

I have to ask your indulgence with the lack of detail and deep discussion of the film but there is a reason for that. Simply put the film is a short. Running only 19 minutes the film is the perfect length for what it does. Honed to perfection this is a film that tells its story and gets off with nothing extra left hanging nor more importantly nothing left out. Because it’s a compact and tightly wound story I can’t reveal too much lest I give you too many clues as to where it’s going.

I’m also not writing more is that over the week since I saw the film I found that my review was changing and getting too detailed. Since the original capsule went up I've had very nice email conversations both with director Paul Davis and the film’s producer Paul Fischer (who very graciously supplied the pictures) and I’ve been talking to several other people to try to sell the film. With each conversation I found my thoughts for the review changing. I found myself saying too much and changing the draft I was writing. I didn't want to say too much so I cut it back.

All that you need to know is that you have to find this film and see it. This is  truly special film and it heralds a great presence into the field of cinematic horror. 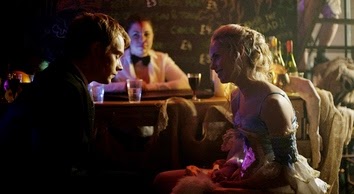